Is the honeymoon over, so quickly?

Breitbart took a break from their alt-right lovefest today, to express shock and dismay over the announcement that Trump would not seek a special prosecutor to handle an investigation into Hillary Clinton’s email server. 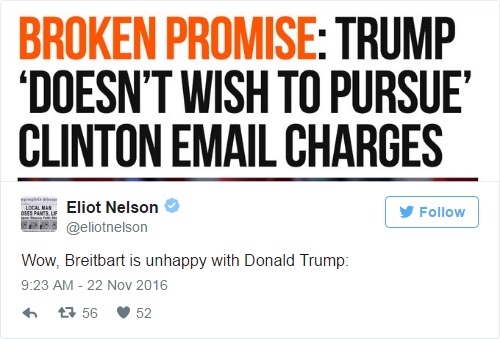 There would be no “lock her up” moment. Instead, Trump wants to help his old friend “heal.”

Just for giggles, I popped around Twitter to check some of the responses of Trump’s more faithful apologists.

I thought the point behind supporting him in the first place was that you thought he would do the FBI and DOJ’s jobs for them?

Laura Ingraham boot-licked her way into a potential job with the administration, so she has to be a bit more nuanced in her reaction. 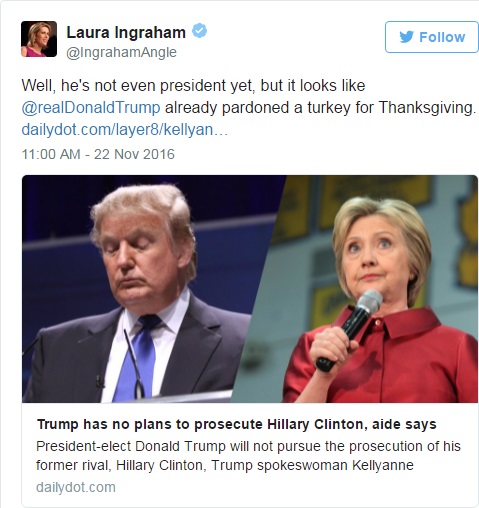 No word from Sean Hannity, yet, but I’m willing to bet his take is: Trump, the Merciful.

Oh, yes. The Schadenfreude will be glorious.

We told you so.