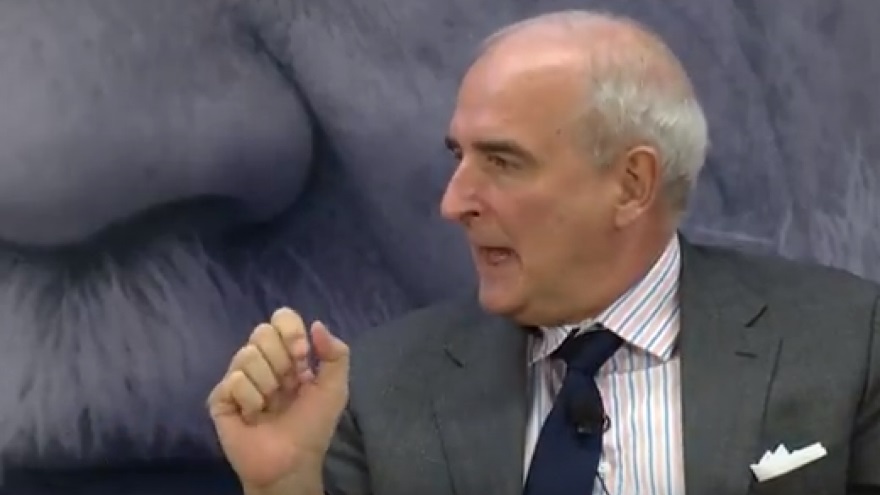 There is an increase in the number of anti-Semitic and anti-Israel organizations with Jewish sounding names.

Controversy continues at the Center for Jewish History. Its radical new head, David N. Myers, faced protests from the Jewish community over his anti-Israel activism.

But as I’ve always said, Myers is only a symptom of the problem. The academic council of the Center for Jewish History, and some of its constituent organizations, are rotten with anti-Israel haters who endorse BDS and smear Israel. The American Jewish Historical Society was just forced to cancel co-programming with the BDS hate group JVP in a roster of events that included a speaker who had defended Hamas.

And now, just as Yair Ettinger at the Jerusalem Post decided to give David N. Myers a forum in which to complain about his unjustified persecution, another scandal hits CJH, this time via the Leo Baeck Institute, which, like the AJHS, is part of CJH.

Just when you thought things couldn’t get any messier over at the Center for Jewish History, a New York Times columnist who was invited to speak at an event there has unleashed a barrage of verbal attacks on Israel.

The columnist, Roger Cohen, was invited to deliver this year’s Leo Baeck Memorial Lecture. The Leo Baeck Institute is one of six Jewish organizations that operate from the Center for Jewish History building. I did not attend Mr. Cohen’s lecture Oct. 15. But in a pre-lecture interview with the Baeck Institute’s newsletter, LBI News, Cohen violently lashed out at Israel.

“Somehow,” he declared, “the Jews, who were for millennia humiliated and excluded in the diaspora, now find themselves in a semi-colonial situation in which they subject the Palestinianpeople to much of what we once suffered.”

You can guess the rest of the rant. So could anyone who knows Cohen’s record.

Did the Leo Baeck Institute invite him despite his views on Israel or because of them? The consistent theme, with Myers, JVP and Cohen is that CJH and its components claim that they just happen to be inviting anti-Zionists and Israel haters. But the pattern is rather clear. This isn’t a coincidence. The Center for Jewish History has been hijacked by activists with an anti-Israel agenda. And they’re using it as a forum to spew their hatred against the Jewish State.