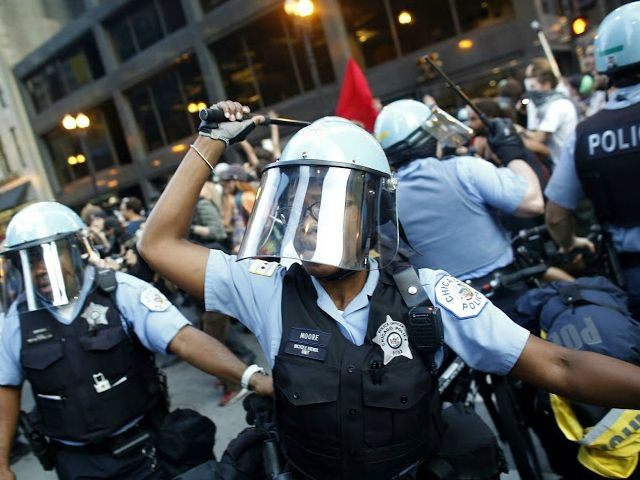 As Sunday drew to a close in Chicago, the Labor Day weekend so far has seen a high toll of dead and wounded with six killed and 27 wounded between Friday and Sunday.

The murders came fast on Friday with three killed between 8PM and midnight on the first day of the long Labor Day weekend. Including the three killed there were 13 shootings in the Windy City on the hot night of September 4.

By comparison, Saturday–another steamy day–seemed mild with only nine shootings and no deaths.

However, Saturday also saw the discovery of a toddler’s head and other body parts floating in the lagoon in Garfield Park, bringing to the day at least one death of thus far undetermined cause.

But Sunday came roaring back, though, with three more killed and another eight shot.

This year’s toll of violence was worse than 2013 when 25 were shot and 8 killed. It was arguably worse than 2014 as well as, even though at 36 wounded more were wounded then, only four were killed last year.

Granted there is still one more day to this year’s full Labor Day weekend as Labor Day itself is Monday. Chicago still has time to definitively beat last year’s morbid stats.