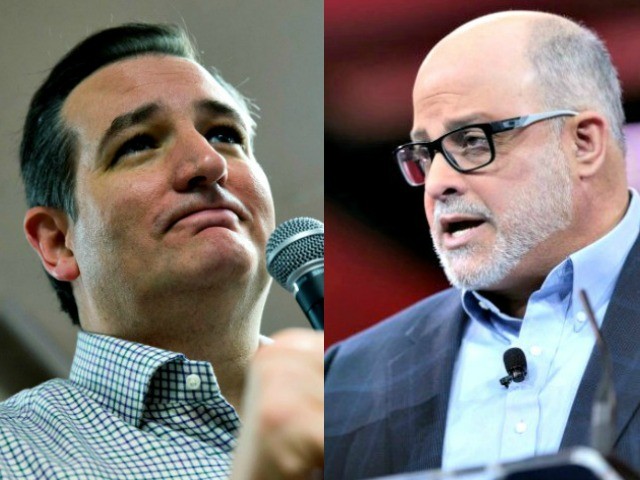 Conservative author and Constitutional scholar Mark Levin has endorsed Ted Cruz as his choice to become the next president of the United States.

Levin, who is also a nationally syndicated radio host and the editor-in-chief of Conservative Review, announced the endorsement on his new Levin TV online channel.

He said during the night’s episode of Levin TV: “My purpose here tonight is to tell you why I support Ted Cruz for President of the United States.”

Levin praised Cruz for his adherence to constitutional principles, describing the Texas Senator as the most steady conservative candidate who he believed could win the general election.

Cruz is best when it comes to “the Constitution, the Republic, individual sovereignty, separation of powers, the Bill of Rights, family, faith, a secure border,” and “our national security,” Levin explained.

“Nobody’s perfect. My great idol Ronald Reagan was not perfect,” Levin, who served in the Reagan administration, observed. “So it’s not that we seek perfection, or that we look for nitpicking ways to oppose somebody. No, you look at the whole picture. You take the whole life of the individual. You look at their entire career over a period of time,” he explained.