Cruz: I’m The Only Candidate Who Can Beat Trump – Media, Which Wants Trump, Won’t Decide Election 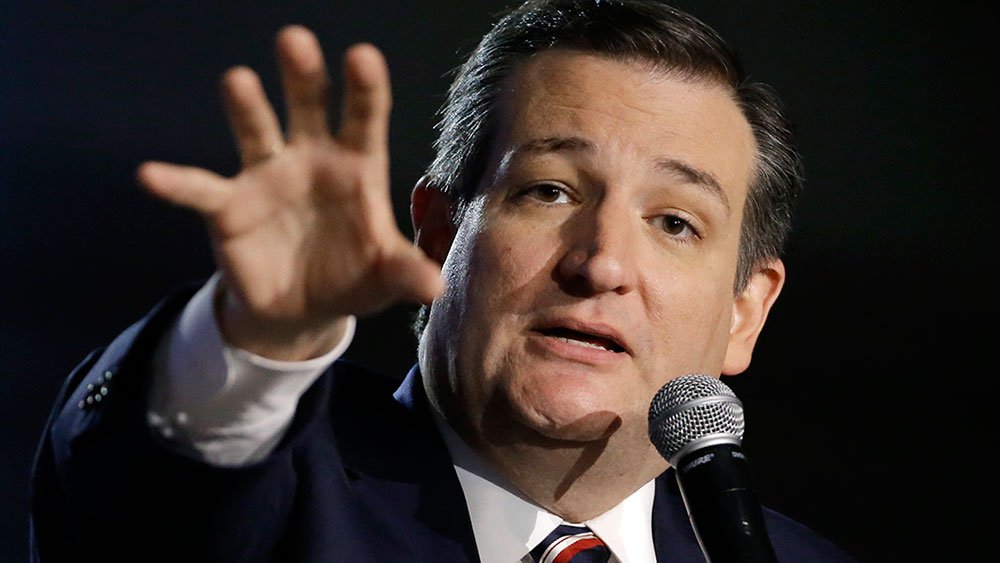 Republican presidential candidate Texas Senator Ted Cruz stated that “Only two campaigns have a plausible path to the nomination, ours, and Donald Trump’s” and “he mainstream media, the network suits, who make the decisions, want Donald Trump as the Republican nominee” during a speech in Houston, TX on Tuesday.

After saying that Democratic candidate former Secretary of State Hillary Clinton “tosses and turns in her jail cell” thinking about Carly Fiorina, who has endorsed him, Cruz said, “Tonight was a good night.”

Cruz further stated that there was “a clear choice going forward.” And praised former candidate Florida Senator Marco Rubio, and welcomed his supporters to join him.

Cruz then declared, “Starting tomorrow morning, every Republican has a clear choice. Only two campaigns have a plausible path to the nomination, ours, and Donald Trump’s. Nobody else has any mathematical possibility whatsoever. Only one campaign has beaten Donald Trump over and over and over again. Not once, not twice, not three times, but nine times, all across the country, from Alaska to Maine. And going forward, the choice is straightforward. Do you want a candidate who shares your values, or a candidate who has spent decades opposing your values? The mainstream media, the network suits, who make the decisions, want Donald Trump as the Republican nominee. That’s why they’ve given him hundreds and millions in free advertising, because they are partisan Democrats ready for Hillary. And they know that Donald may be the one person on the face of the earth that Hillary Clinton can beat in the general election. But the media aren’t going to decide this election, the voters will.”

He later said, “Far too many politicians focus on Washington, DC. To the lobbyists, to those like Donald Trump who buy influence, and to those like Hillary Clinton who sell influence, Washington is the center of the universe. But we understand that isn’t right.”

Cruz added, “Two debates ago, Donald Trump promised all of us that he would compromise with [Senator] Harry Reid and [Senator] Chuck Schumer (D-NY) on replacing Antonin Scalia to the United States Supreme Court. Our rights hang in the balance, and let me be very very clear to the people of America, I will not compromise away your religious liberty. And I will not compromise away your Second Amendment right to keep and bear arms. And every justice I appoint to the court will be faithful to the law, and will ferociously protect the Bill of Rights, for your children, and for mine.”

He continued, “Two debates ago, Donald Trump promised as president to be neutral between Israel and the Palestinians. Well let me be clear, as president, I will not be neutral. America will stand unapologetically with the nation of Israel. And anyone who cannot tell the difference between our friends and our enemies, who cannot tell the difference between Israel and Islamic terrorists who seek to murder us, that raises real questions about their fitness and judgment to be commander-in-chief. Donald Trump says he will keep in place this Iranian nuclear deal and try to re-negotiate it. I will rip to shreds this Iranian nuclear deal on the very first day in office.”