The statistical dead heat shows a significant leap in national support for Cruz, who trailed Trump by 20 points last month in the same poll. Trump has remained on top of the Reuters poll since July 2015, except for when neurosurgeon Ben Carson briefly tied him in December. 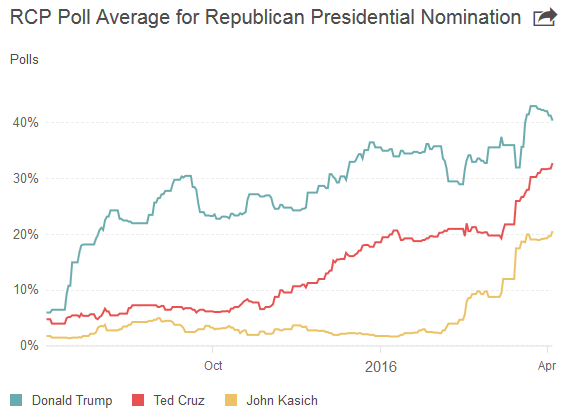