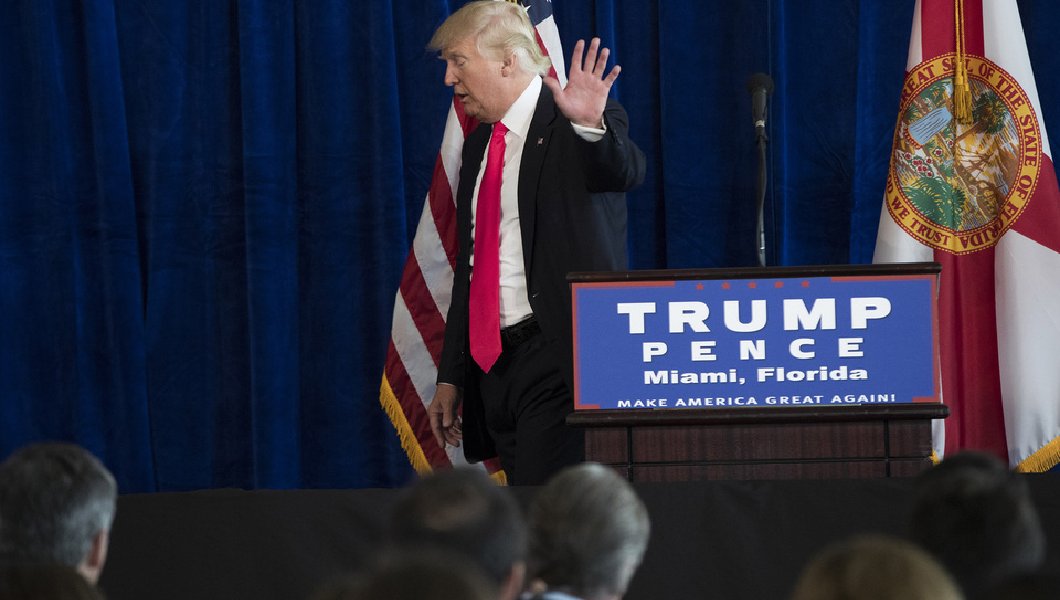 The outcome of Wednesday’s debate is pretty straight-forward: Donald Trump has lost the presidential election — it just won’t be official for another few weeks.

Going in to Wednesday’s final presidential debate, Hillary Clinton had led in nearly every national poll taken this month, and has pulled ahead in most key states that would provide her with enough electoral votes to win the presidency.

That meant that something major needed to happen — basically, a total Clinton meltdown — to change the trajectory of the race.

Instead, if Clinton didn’t outright win the debate, it was, at best, a tie. And a tie benefits the candidate who is comfortably ahead.

Trump needed to change the conversation substantially. Instead, he’s now guaranteed that the rest of the week’s campaign will be dominated by a discussion of whether he’ll accept the results of the election. And the best chances he had to speak to a national audience are behind him.

Early voting has already begun. At this stage, the campaign is moving from messaging to a ground game, where Trump’s lack of an organization already puts him at a major disadvantage.

People often don’t like to proclaim events over until they officially are. And it’s true that the race isn’t technically over, in the same way that a football game isn’t technically over until the clock runs out, even if the losing team is down two touchdowns with no timeouts, with 1 minute left, and the leading team is in possession of the ball with a first down, and the quarterback is taking the knee. But everybody knows which way that game is going to turn out. The same is true here.

Trump’s act, which worked on a Republican electorate in a crowded field of candidates, failed miserably among a broader electorate. He’s lost — and the fat lady has already started singing.