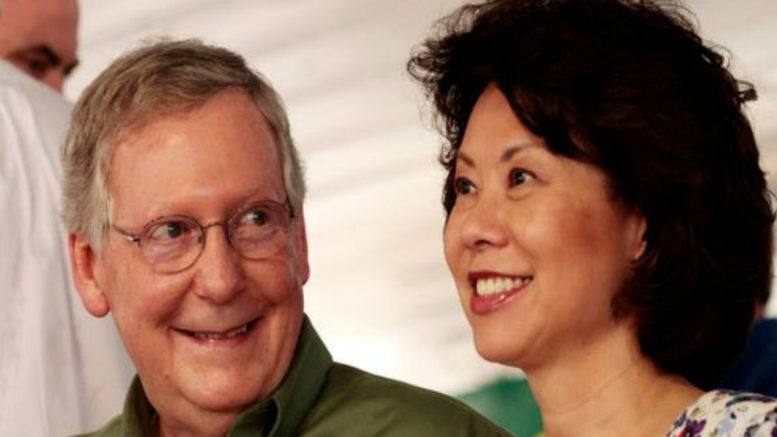 CNN, Politico, and several other news outlets are reporting that the wife of Senate Majority Leader Mitch McConnell (RINO-KY), Elaine Chao, will be named to be President-elect Donald Trump’s pick to be the next head of the Department of Transportation.

Born in Taiwan to Chinese parents, Elaine Chao, the first Asian-American woman in American history to hold a Cabinet-level position in the U.S. government, served as deputy secretary of transportation under former President George H. W. Bush and more recently headed the Department of Labor in the George W. Bush administration from 2001 to 2009.