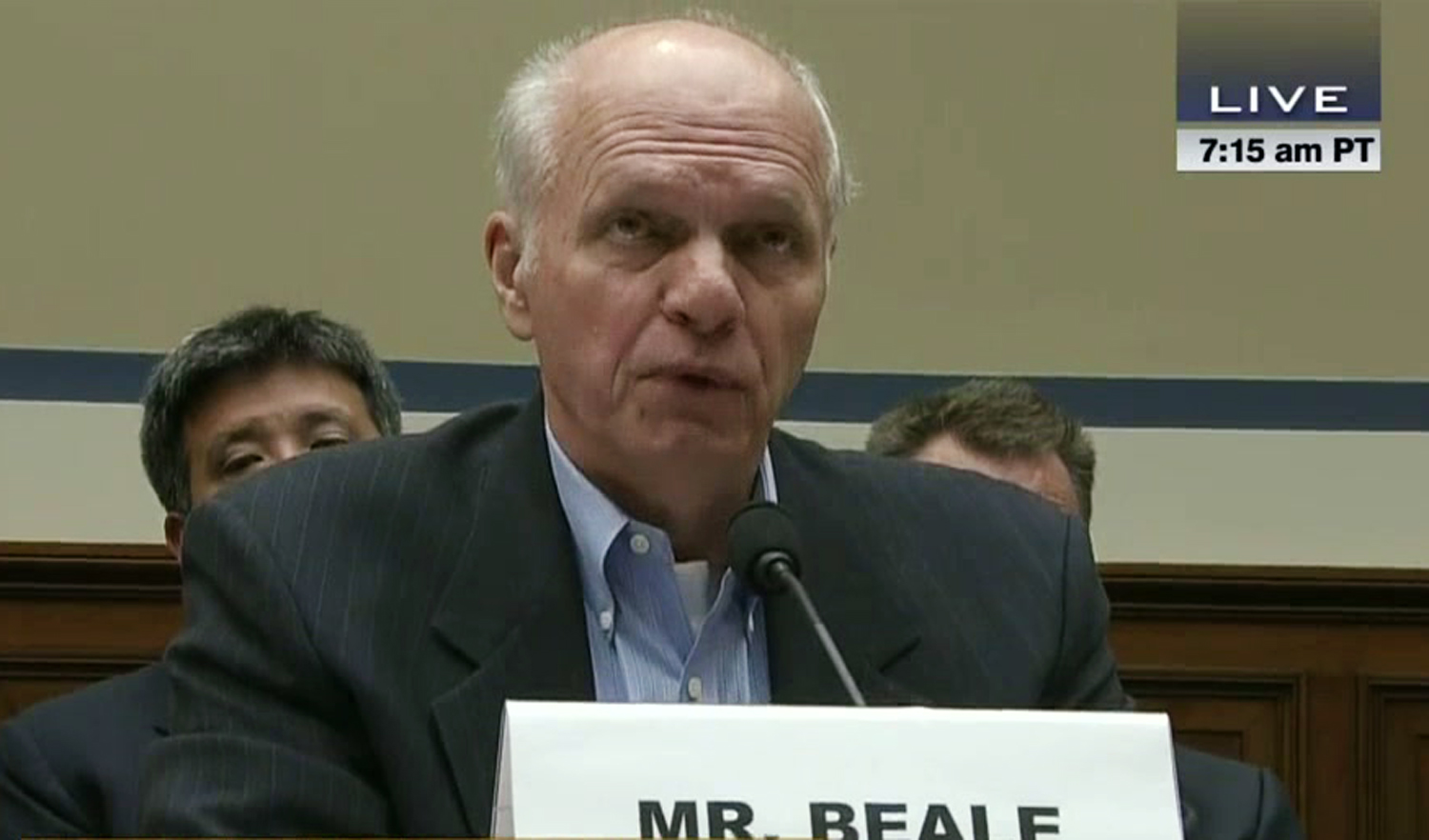 The EPA’s highest-paid employee and a leading expert on climate change was sentenced to 32 months in federal prison Wednesday for lying to his bosses and saying he was a CIA spy working in Pakistan so he could avoid doing his real job.

John C. Beale’s crimes were “inexplicable” and “unbelievably egregious,” said Judge Ellen Huvelle in imposing the sentence in a Washington. D.C. federal court. Beale has also agreed to pay $1.3 million in restitution and forfeiture to the government.

Beale said he was ashamed of his lies about working for the CIA, a ruse that, according to court records, began in 2000 and continued until early this year.

“Why did I do this? Greed – simple greed – and I’m ashamed of that greed,” Beale told the court. He also said it was possible that he got a “rush” and a “sense of excitement” by telling people he was worked for the CIA. “It was something like an addiction,” he said.

Beale pled guilty in September to bilking the government out of nearly $1 million in salary and other benefits over a decade. He perpetrated his fraud largely by failing to show up at the EPA for months at a time, including one 18-month stretch starting in June 2011 when he did “absolutely no work,” as his lawyer acknowledged in a sentencing memo filed last week.

When Huvelle asked Beale what he was doing when he claimed he was working for the CIA, he said, “I spent time exercising. I spent a lot of time working on my house.”

He also said he used the time “trying to find ways to fine tune the capitalist system” to discourage companies from damaging the environment. “I spent a lot of time reading on that,” said Beale.

Prosecutor Jim Smith said Beale’s crimes made him a “poster child for what is wrong with government.”

The sentence drew swift reaction from Capitol Hill, including demands from a top Republican for further investigation into the EPA to determine how Beale got away with his fraud for so long.

“The case this morning highlights a massive problem with the EPA,” said Sen. David Vitter of Louisiana, ranking Republican on the Senate Environment and Public Works Committee. He said Beale had stolen taxpayer money under the nose of EPA Administrator Gina McCarthy, who for years had been his immediate boss.