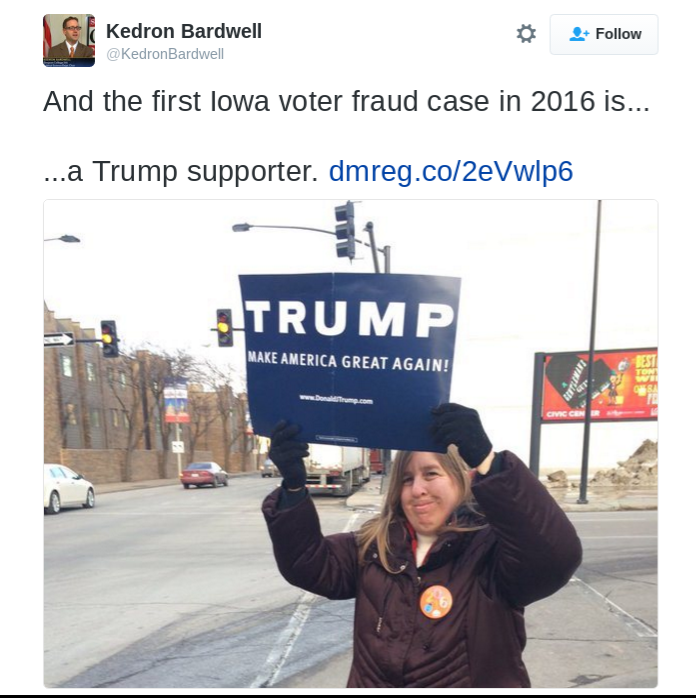 The rabid Trump supporters are no different than last election’s Obama “hope and change” supporters.

A Republican woman in Iowa has been arrested on suspicion that she voted twice in the general election, according to a new report.

Rote allegedly voted early at an election office in Des Moines and then cast another ballot at a satellite voting location, according to police.

The woman is one of three people suspected of voter fraud in the county, according to the newspaper. Two others allegedly voted in person and also sent mail-in ballots, though Rote is the only one who has been arrested as of Friday morning.

Police are investigating the case.

The Blaze noted Friday that the woman was an early supporter of GOP presidential nomineeDonald Trump.

Trump has repeatedly warned his supporters about the possibility for voter fraud during the election.