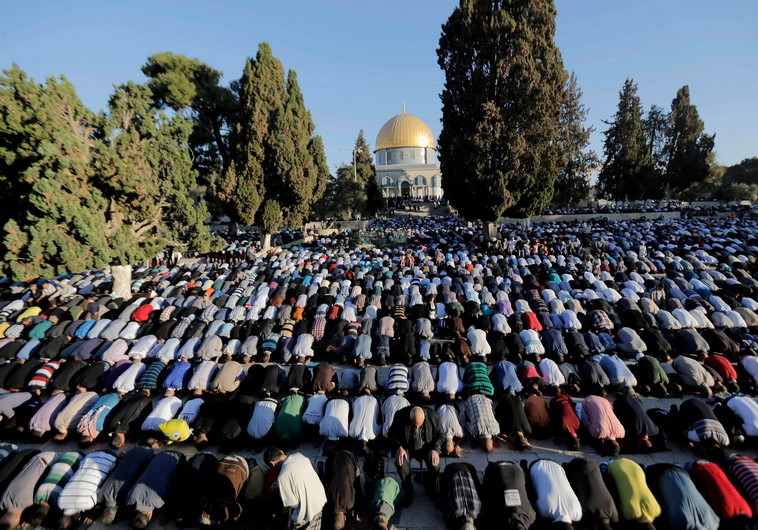 Muslims praying at the Temple mount, Judiasm’s holiest site, where it is forbidden for Jews to pray.

The IDF has officially expunged the term “Temple Mount,” choosing instead to refer to Judaism’s holiest site as “behind the Kotel,” NRG reported.

In a pamphlet given to soldiers going on a tour of Jerusalem, the guidebook given to soldiers says that the famous Binding of Yitzhak (Isaac) occurred “behind the Kotel,” using that term instead of the Temple Mount.

According to Makor Rishon, newer booklets produced by the IDF’s Jewish Identity Branch do not discuss the Binding of Yitzhak at all.

The pamphlet, produced by the IDF Rabbinate titled, “The Selichot Tours Booklet,” is currently serves as the Slichot excursion guidebook for soldiers. It contains explanations and sources for the selichot prayers, including one which describes the Binding of Yitzhak – an event mentioned both in Sephardic and Ashkenazic selichot prayers.

However, instead of writing that the Binding of Yitzhak took place on the Temple Mount, the booklet claims it took place “4,000 years ago behind the Kotel (Western Wall).”

In June, the IDF told commanders not to discuss Israel’s rights to Judea and Samaria – or the liberation of Jerusalem – with their soldiers.