Insane! Taxpayers Pay Rent for Somalis Who Feel the Need to Visit Muslim Somalia (For Months!) 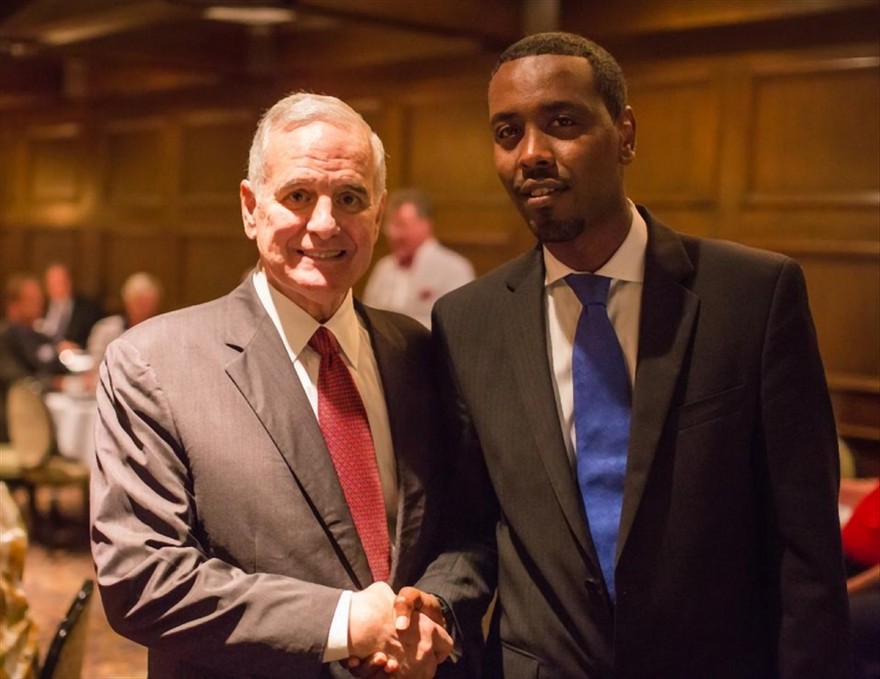 Minnesota Governor Dayton with Warsame. Remember Dayton is the MN politician who said if you don’t like our Somalis, you can move to another state.

You cannot make this up! Virtually all Somalis who live in the US came here (we are told) as poor refugees (there are going on 200,000 of them). So how persecuted and fearful of returning home are they if many travel back and forth to Africa and the taxpayers of Minneapolis cover most of their rent while they are gone!

By the way, Somalis are not the only (fake) persecuted and impoverished ‘refugees’ who go ‘home’ for visits from time to time.

This is the story at the Minneapolis Star Tribune:

Public housing residents in Minneapolis will no longer need to pay their normal monthly rent when travel abroad erases their income, a change particularly sought by East African immigrants.

The board of the Minneapolis Public Housing Authority approved this week reverting to its previous policy of collecting only minimal rent during extended absences. The change takes effect once approved by federal housing officials, which is expected by year’s end.

Abdi Warsame, a City Council member, told the board that the policy in place for the past five years works a particular hardship on elderly East Africans who must save for long periods if they want to visit their homelands. He said that many receive federal Supplemental Security Income, which is halted when the recipient is outside the United States.

Yet the policy required people to keep paying rent, which is income-based. Travelers gone for 30 to 90 days could apply for a hardship, which meant that they paid the minimum $75 monthly rent during their absence, but were required to make up the difference between that and their normal rent over the next year or two.

From 50 to 75 public housing residents report such absences annually, according to Mary Boler, an agency manager. She said the cost of the change will be less than $50,000. The agency found that the paperwork burden of tracking repayment was higher than anticipated.

We are such suckers!

Additionally, I wonder is some Somali community activist group getting grants from the feds like the one in Maine.