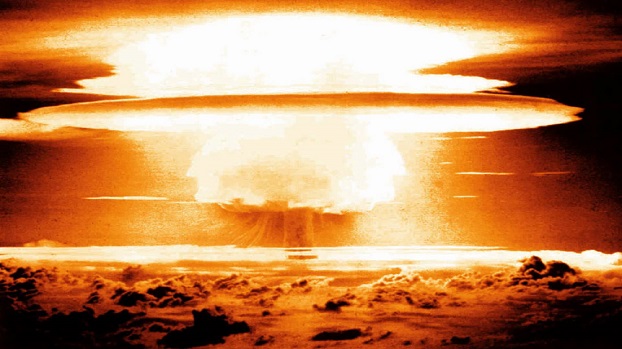 In a ceremony to mark Iran’s National Day of Nuclear Technology, the Islamic Republic on Thursday announced the unveiling of twelve new, self-developed nuclear products in several different fields, ranging from fuel and laser technology to power plants and reactors.

Among the products unveiled at the ceremony, which was attended by Iranian President Hassan Rouhani, were new centrifuge systems and fuel rod complexes for testing reactors, according to the Iranian Fars news.

During Thursday’s event, Rouhani also announced the establishment of the Pasman Gor nuclear site in Anarak region, as well as the publication of three books related to nuclear technology and the Islamic Republic’s nuclear program.

On Wednesday, Iranian Defense Minister Brigadier General Hossein Dehqan said the country intends to produce the powerful explosive Octogen for use in the warheads of its missiles to improve their “destructive and penetration power.”

Octogen is used as an explosive in penetrating missile warheads and as a solid rocket fuel — but is also employed as part of the detonator in an atomic bomb.

During a ceremony to inaugurate a Octogen production plant, Dehqan stressed Iran’s goal of gaining the know-how to make the explosive material in order to avoid relying on external sources.

Western powers have called on the UN to take action against Iran over tests of ballistic missiles carried out on March 9, noting they threatened Israel.

Under a UN Security Council resolution passed alongside a landmark nuclear deal last year, Iran is forbidden to develop weapons that can carry nuclear weapons.

That would seem to include ballistic missiles, including two that were tested last month with the words “Israel must be wiped off the earth” emblazoned on one, according to the US and other Western powers.

The nuclear agreement, passed in July 2015 and implemented in January, lifted punishing economic sanctions and has allowed Iran to forge fresh economic and diplomatic ties with the West. In return Iran agreed to dismantle the weapons-capable aspects of its nuclear program.

At the end of March, the US, France, Britain and Germany and three allies called for a United Nations Security Council meeting to formulate an “appropriate response” to Iran’s recent ballistic missile tests, which they say were carried out in defiance of the UN resolution.