Islamic State Cuts 9 Teenagers in Half With Chainsaw in Mosul, Iraq 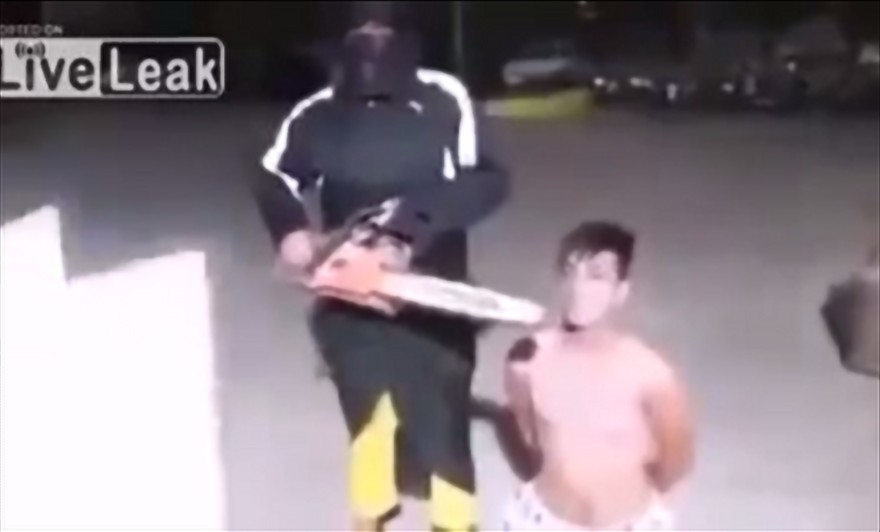 Iraqi News is reporting that 9 teenagers, alleged to belong to an anti-Islamic State resistance group, were sentenced to be cut in half with a chainsaw by a sharia court in Mosul, Iraq.

Iraqi News cites “a well placed source” as their informant about the gruesome act. The source said:

ISIS fighters have executed nine youths of Mosul. The outfit accused that these youths belonged to an anti-ISIS resistance faction. The death sentence pronounced by ISIS sharia court stated that the men should be tied to an iron pole in the center of Tal Afar Square in Mosul and then sliced into two with an electric chainsaw.

According to The Inquisitr, the chainsaw executions come just a week after 6 alleged spies were killed by “lowering the then still living men into boiling vats of tar,” also in Mosul.

Details on life inside the major metropolitan city controlled by ISIS have been extensive. A report carried out in secret by the BBC’s Ghadi Sary in the city lets outsiders have a look inside Mosul. BBC writes:

Since IS took the city, it has been applying the ‘Laws of the Caliphate’, as it calls them. The minimum punishment is flogging, which is applied for things like smoking a cigarette.

Theft is punished by amputating a hand, adultery by men by throwing the offender from a high building, and adultery by women by stoning to death. The punishments are carried out in public to intimidate people, who are often forced to watch.