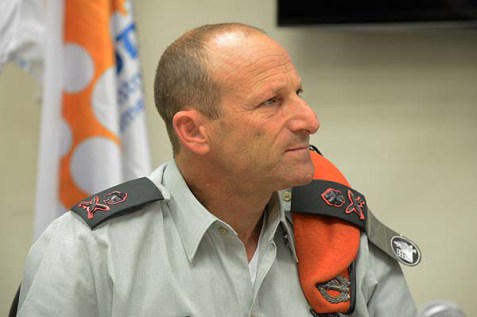 Why is a 15 year old religious Jew being evicted from Judea and Samaria?

GOC Home Front Command Chief Maj. Gen. Eyal Eisenberg on Sunday rejected a plea by the parents of a 15-year-old boy who had been ordered to leave his home three weeks ago by an administrative decree, one of the last such decrees issued under former Defense Minister Moshe Ya’alon. Eisenberg ordered the minor to be out of his parents’ home and the community of Yitzhar in Samaria by 9 AM Monday.

The administrative order forbids the minor to set foot in Judea and Samaria, and he must observe a nightly curfew at the home of his grandparents, in Petach Tikvah. When it turned out that the Petach Tikvah address was not available, the minor received a temporary stay, pending the hearing on Sunday this week.

It should be noted that the administrative decree does not specify what past actions of the boy in question merited the expulsion from his home environment, other than a general statement about his being a threat to national security.

At the hearing, attorney Chai Haber from the legal aid society Honenu, told representatives of the Major General that his client had nowhere to go. He noted that it is next to impossible to get anyone to agree to board the minor because police are known to keep a close watch on curfew detainees and pay late-night visits to their addresses, knocking on doors and waking up entire neighborhoods.

The Major General’s response has been that the minor must nevertheless vacate his parents premises by 9 AM as ordered.

The minor’s father said on Monday morning, “My son has nowhere to go, he lives here, his family lives here, it’s inconceivable that one day they’d present him with an order of evacuation. The impact of such an expulsion on a minor are unacceptable. Who will take responsibility? Who will care for my child? The Major General sleeps well with his children in his home while my son is being thrown out to the street. We cannot accept this.”