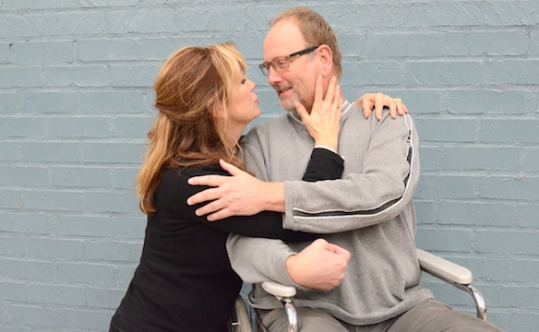 In the wake of a week where the student senate voted to support boycott, divestment, and sanctions against Israel, where Jewish students were greeted by the Jihadist war cry, Allahu Akbar, and where swastikas appeared on a Jewish fraternity house, it was unimaginable that the situation at the University of California, Davis could get worse for activist Jewish students. It did.

The Jewish Studies Department announced that it is sponsoring the anti-Semitic screed posing as opera, “Death of Klinghoffer.”  Leon Klinghoffer was an elderly, wheelchair-bound, Jewish-American whom [Muslim Arab] terrorists threw into the sea from a hijacked cruise ship.

Klinghoffer was murdered because he was a Jew.

The controversial opera drew thousands of protestors when it opened at the New York Metropolitan in 2014. As a concession to outrage from the Jewish community generally and the Klinghoffer family specifically, Met General Manager Peter Gelb permitted a statement from Klinghoffer’s daughters to be included with the program. It stated that the opera “rationalizes, romanticizes, and legitimizes the terrorist murder of our father.”

It also rationalizes, romanticizes, and legitimizes [Muslim Arabs in Israel] killing any Jew, for Klinghoffer is merely a stand in for the collective guilt, as the opera portrays it, of the Jewish people for [so-called] “Palestinian” suffering. Ironically, the underlying theme of collective guilt was precisely the same used in the South to justify lynching of any African-American for a crime that some African-American allegedly committed. The social psychologist Hadley Cantril delineated this phenomenon in his seminal work, The Psychology of Social Movements.

At UC Davis, there has been no shortage of anti-Semitic incidents. In November 2012, pro-Palestinian demonstrators kept Jewish students from going to class and pushed them into a corner while verbally and physically harassing them as five of the campus’ administrators looked on, apparently with approval, for not one of them took any action to come to the aid of the Jewish students.

Imagine if a gang of white activists kept black students from going to class while verbally and physically harassing them as campus administrators looked on and took no action. They would be asked to clean out their desks within hours and would never again find a position anywhere in academia. But administrators looking on while Jewish students were harassed did so with impunity.

So, against this background why would the Jewish Studies program sponsor the Klinghoffer opera? The answer to that begins with an examination of the political horizon in Northern California, where Jewish political identity is generally progressive rather than even liberal. Judaism for most Jews has little to do with their religion and less to do with Israel.  Jews, as Ben Shapiro, empirically documents are largely secular leftists. Progressivism, for them, is a calling, a sense of personal definition, an identity that is the mapping for personal interrelations.

The Klinghoffer opera is not the first instance where the Jewish community in this area chose to highlight their progressive commitment. At the San Francisco Jewish Film Festival, in 2009, the film, “Rachel” a paean to Rachel Corrie, the naïve, erstwhile Marxist and International Solidarity Movement activist who put her life on the line to protect terrorist tunnels bringing in arms to kill Jews in Israel’s south

She has since taken on virtual sainthood among the anti-Israel left as a peace activist, whom the Israelis wantonly “murdered”. Why a Jewish film festival would not only show a propaganda film about her, but also invite a speech from her mother, who has made a crusade out of her daughter’s death in an effort to delegitimize Israel, is a question that regrettably almost answers itself.

For most progressives, bashing the United States is a sufficient to affirm one’s political identity. The most common explanation here for 09/11 is that we are the victims of our own foreign policy. We did it to ourselves. But for progressive Jews, traditional America bashing is insufficient. Progressive Jews most also bash Israel, and in doing so, they experience an addiction to self-loathing. With it comes a denial of the fundamental principle of normal politics, which is self-interest.

Ask yourself, would a black studies department sponsor an opera about the death of Martin Luther King, Jr. that provide a justification for King’s death and a rational for James Earl Ray carrying it out?

They will bring Klinghoffer the opera to campus as they brought Rachel, the hagiography, to their film festival. And they will rejoice in the sublime contemplation that like Klinghoffer, perhaps, they too deserve to be pushed into the sea.