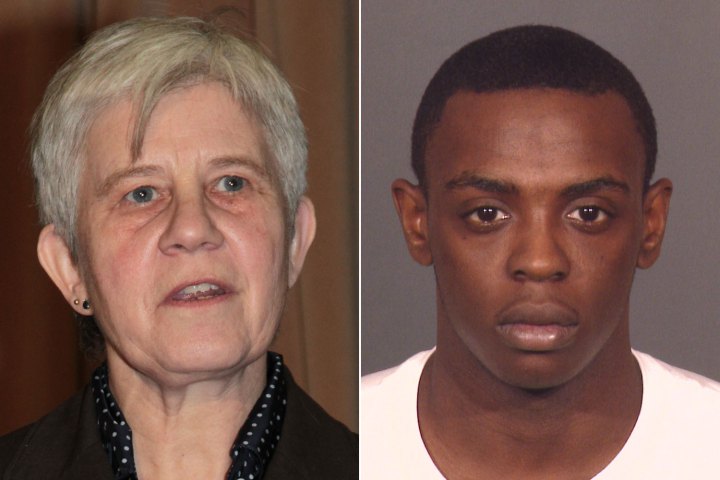 Judge Laura Johnson (left) released Devon Coley (right) without bail after he made death threats against the NYPD on Facebook.

A Brooklyn judge cut loose a gang member who had posted online threats to gun down cops in the hours after two NYPD officers were executed in their patrol car — ignoring prosecutors’ pleas to keep him behind bars, The Post has learned.

Criminal Court Judge Laura Johnson let Devon Coley, 18, waltz free without bail despite the fact that he faces seven years behind bars on charges he made a terroristic threat — complete with an image of a killer shooting cops in their car — and is awaiting trial in two unrelated cases involving assault and gun possession.

Johnson’s stunning no-bail decision came just two days after Saturday’s broad-daylight slayings of Officers Rafael Ramos and Wenjian Liu by a gunman bent on avenging the deaths of Eric Garner and Michael Brown at the hands of police.

It also came after Mayor Bill de Blasio’s plea earlier Monday for New Yorkers to “call 911” if they suspect someone is planning to attack the NYPD.

“She should resign from the bench,” said Dennis Quirk, head of the state court officers union. “She’s not fit to be a judge.”

Coley posted on Facebook a disturbing image of a gunman blasting away at a patrol car, with the phrase “73Nextt” — a reference to the 73rd Precinct, which covers his Brownsville neighborhood. 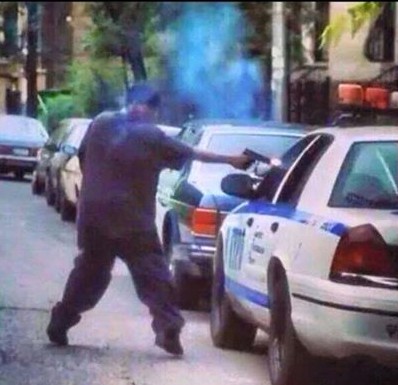 Sources said Coley confessed to the threat but insisted he’d only reposted an image he’d seen elsewhere online, and felt “bad” and “sorry” about it afterward. One furious cop countered, “You can’t take these kinds of threats lightly, especially from a mutt like this.”

According to an NYPD “wanted” poster circulated after the online threat, Coley is a member of the ATC/180HII Crew gang.

The Post spotted him entering his apartment building Tuesday, but he refused to talk. A neighbor described him as “no good,” adding, “Young men like him think that kind of thing is justified.”

At his arraignment Monday night, Coley’s court-appointed lawyer, Daniel Ades, painted him as a mere “knucklehead” who didn’t intend to make good on his threat.

Prosecutor Tziyonah Langsam countered that what Coley did was “more than simply a knucklehead move.” Coley went further, justifying his vile threats by citing “what is going on with all police and everything.”

The judge conceded that the posts were “stupid” and an “incredible inflammatory thing to do right now,” but added, “I think that for me to set bail because of the current climate — it would be a misuse of bail.”

Brooklyn District Attorney Ken Thompson said, “In light of the seriousness of the charges and the defendant’s two pending felony cases, we believe a significant bail in the amount of $250,000, which is what we requested, was warranted.”

Johnson declined to comment through a spokesman, who cited court rules that bar judges from discussing pending cases.

“The only way to second-guess bail is to wait and see if the defendant does not return to court,” Office of Court Administration spokesman David Bookstaver said.

“In New York, bail can only be used to ensure a defendant returns to court. It cannot be used for preventive detention or as punishment.”