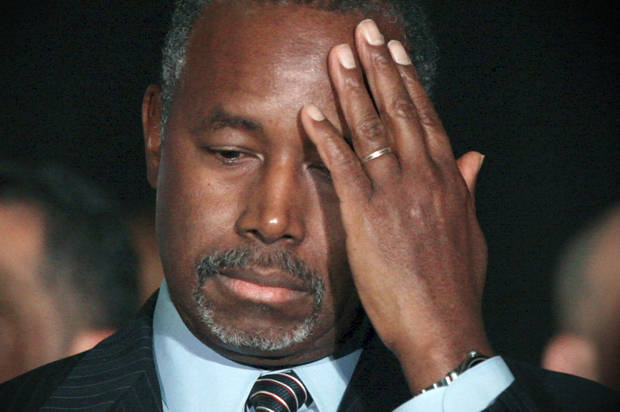 Ben Carson says… the problem is that reporters are unaware that all men talk like Donald Trump does.

Here’s Ben Carson explaining that “the problem” is that reporters are unaware that all men talk about women like Donald Trump does. pic.twitter.com/Jb6SYXWADq

Perhaps Ben needs to start hanging out with a better class of men because NO, that’s not how men talk about women.

And let’s not forget how this is all feeding into the Clinton campaign and its message that men are sexist. Not to mention the gross caricature the campaign is painting of men in general. Talk about feeding the “men are pigs” narrative. Shameful.