Man ‘marries’ his laptop, sues for state recognition and a wedding cake 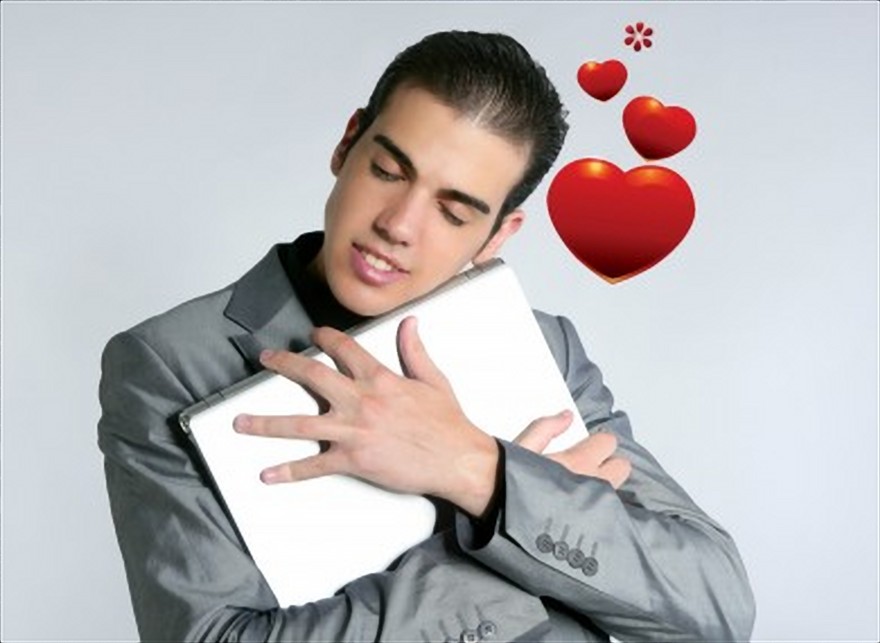 I wonder if he’ll ever leave his laptop for a younger tablet.

Chris Sevier says that if same-sex couples are able to get married and demand that Christian bakers make them wedding cakes, then he should be allowed to marry his laptop and demand a cake to celebrate the union between one man and one machine.

The self-identified “machinist” says he married his laptop in a ceremony in New Mexico, and now he has sued to demand that a Colorado baker — who is already in court after refusing to bake for a same-sex marriage — must be compelled to make cakes for him and his computer “bride.” He also has filed a lawsuit demanding that Utah recognize his man-object marriage.

It’s the latest battlefront in an increasingly thorny area of law, after the U.S. Supreme Court in 2015 established a constitutional right to same-sex marriage.

While legal analysts said the case is a stretch, a judge in Utah has allowed part of that lawsuit to proceed, and analysts concede that Mr. Sevier’s claims get to the heart of how far the 2015 Obergefell ruling stretches when it comes to nontraditional unions.

Masterpiece Cakeshop baker Jack Phillips is slated for a day in the Supreme Court this year after justices said they would hear his appeal of a Colorado civil rights office that penalized him for refusing to bake a cake for a same-sex wedding.

Now it’s Mr. Sevier and his cohorts — three polygamists — who said if Colorado can force Mr. Phillips to bake a same-sex wedding cake, then it also can make him bake a man-machine cake.

Mr. Sevier, whose law license has been put on “disability inactive status” in Tennessee, has a history of filing unusual challenges. Earlier this year, he sued four Democratic lawmakers for displaying rainbow flags in the hallways of their government office buildings.

Throughout the past year, he has filed lawsuits against officials in Kentucky, Texas and Utah in an attempt to legally wed his laptop.

Next up are lawsuits against Colorado and California, he says.

“While it is undisputed that self-identified gays, polygamists, zoophiles and machinists can have wedding ceremonies, the states’ selective legal recognition of gay marriage violates the establishment clause insurmountably,” Mr. Sevier says in his latest filing in the Utah case.

In the latest lawsuit against the Colorado bakery, Mr. Sevier asks a judge to rule that the baker discriminated against the plaintiffs and orders him to provide service to machinists and polygamists just as he would traditional couples, and to reward monetary damages in the amount of $75,000.

“The Plaintiffs also want to use the government to proselytize the Defendants into converting to their worldview in name of love and equality,” reads the complaint.

He told The Washington Times that the goal of his lawsuits is to have the courts act honestly and restore the integrity of the Constitution. Mr. Sevier said the issue should be governed by the First Amendment, not under the 14th Amendment as courts have held.

“The entire Constitutional narrative is the wrong one,” said Mr. Sevier. “The courts have been incredibly intellectually dishonest in these matters. They are perpetrating unbelievable amounts of malpractice.”

John Eastman, a law professor at Chapman University in California, said Mr. Sevier’s lawsuit against the Colorado baker could have merit under the reasoning of the 2015 Obergefell same-sex marriage ruling.

“Of course the suit is nonsensical, and I suspect the lower court will treat it as such. But then, so too was Obergefell’s holding that biological sex has nothing to do with marriage,” Mr. Eastman said.

But Robert Tuttle, a law professor at George Washington University, said he doubts the case would poke any holes in the legality of same-sex marriage because “by contrast, polygamy doesn’t involve the same type of claims of things that are outside people’s control.”

“There’s just no legal basis for these claims,” Mr. Tuttle said. “This is certainly attention-seeking.”