Rabbi Kahane was right. The only real solution to the terrorism epidemic in Israel is to remove all the Muslim Arab terrorists from Israel. Why are they still there? 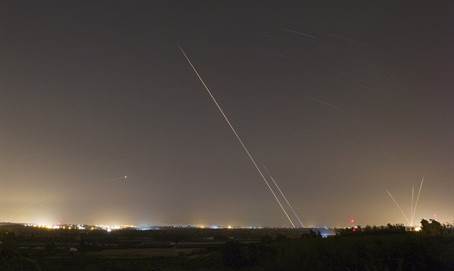 An anti-missile “color red” siren was sounded after 10 p.m. on Tuesday night in the Hof Ashkelon regional council area, a region that frequently has been a target of Hamas rockets from Gaza.

The IDF confirmed that a rocket launch from Gaza was identified. Reports indicate that a succession of explosions was heard.

Just before 10:30 p.m. a rocket was found in the Hof Ashkelon region, having fallen in an open area and caused no damage.

In recent weeks there have been several instances of rocket fire from Gaza, with a local Salafist group affiliated with Islamic State (ISIS) taking credit and threatening more attacks.

The group has been clashing with Hamas, and evidently sought to cause harm to Hamas by instigating a clash with Israel that would trigger retaliatory strikes.

Two weeks ago on Thursday was the most recent case of rocket fire, but the IDF appraised that the rocket apparently fell within Gaza. The attack came just a week after another rocket attack conducted by the ISIS-affiliated.

Hamas contacted Israel after that rocket strike and said the ISIS group conducted it so as to cause conflict between Israel and Hamas, as an act of revenge after the Salafists and Hamas have been clashing in Gaza.

Defense Minister Moshe Ya’alon (Likud) responded to the message, saying, “even if those firing on Israeli territory are gangs of rebels from global jihad organizations interested in challenging Hamas by firing at us, we view Hamas as responsible for the goings-on in the (Gaza) Strip, and we won’t tolerate attempts to harm our citizens.”

Hamas has been busily siphoning off construction materials to rebuild its terrorist attack tunnels into Israel, and has likewise been developing its domestic missile program to prepare for its next attack on the Jewish state.