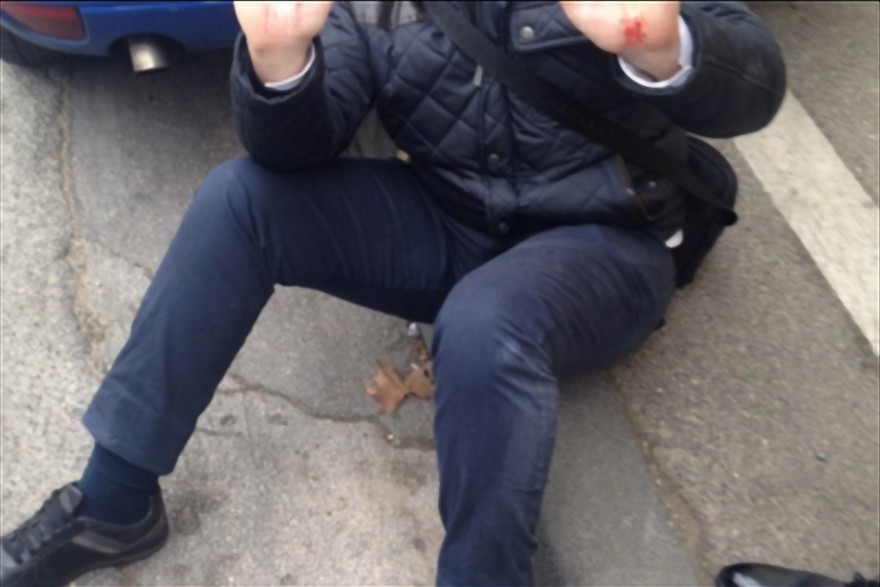 Islamic Jew-hatred – it’s in the Quran.

The 17-year-old monster is being tried as a child.

“We are targeted by terrorists because we are French and because we are Jewish. No one feels safe. We get spat on and verbally insulted every single day. Anti-Semitism – a hideous monster – is still very much alive.”

A TURKISH teenager who brutally attacked a Jewish teacher in the name of Islamic State (ISIS) faces 20 years in jail, prosecutors said.

The 17-year-old jihadist, who was 15 when the attack took place in Marseille, France, in January last year, making him a child in the eyes of the law, is due in court today.

The unnamed extremist [that’s what leftists call Muslim terrorists] – who is the first minor to be tried for a “grave” terrorist act committed on French soil – has been charged with a string of terror offences including “attempting to commit terrorist murder” and “aggravated anti-Semitism”.

The teen, who claimed to have acted in the “name of Allah and ISIS”, attacked the Kippah-clad teacher, Benjamin Amsellem, with a knife and a machete, before being stopped and arrested by police.

Fabrice Labi, Mr Amsellem’s lawyer, told the French daily Le Figaro that his client “still had a lot of unanswered questions,” and wanted to understand “why the ISIS-obsessed teenager had become a killer”.

Mr Amsellem, who was left “emotionally scarred by the attack”, has been unable to return to work, Mr Labi added.

The attack provoked a storm of outrage among Marseille Jews and shrouded the city in fear.

One year on, fears of a copycat attack have been assuaged, but not erased, the president of the Marseille Israelite consistory Michel Cohen-Tenouji told Le Figaro.

He said: “Jews in Marseille are afraid of being the victims of a terrorist attack. They feel threatened by radicalIslamists.”

“We are targeted by terrorists because we are French and because we are Jewish. No one feels safe. We get spat on and verbally insulted every single day. Anti-Semitism – a hideous monster – is still very much alive.”

The Jewish official added that relations between French Jews and Muslims were still “good” but had “come under strain”.

“Marseille is a melting pot of cultures. Relations between local Jews and Muslims are excellent, but strained. People are more suspicious of each other now,” he said.

Marseille is home to more than 70,000 Jews, the country’s second largest Jewish community after Paris.