Muslims at University of Texas Arlington: “Stuff Jews in the oven” 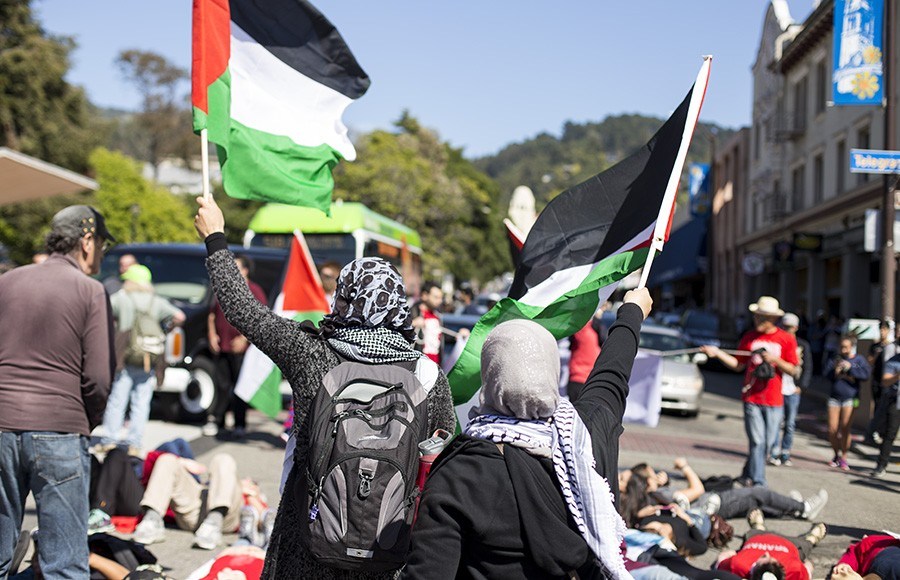 Muslim students mocking the Holocaust, inciting violence against Jews, delegitimizing the existence of Israel, and pushing a false “Palestinian” and “Islamophobia” victimhood narrative has become commonplace.

… And now this hatred has even entered schools for the youngest children. Nancy Salem, who is quoted in the article below, taught at The Children’s Courtyard in South Arlington, Texas. Salem was also “a member of the UTA chapter of Students for Justice in Palestine and a supporter of the anti-Israel Boycott, Divestment and Sanctions movement,” and “used her now-disabled Twitter account to post such remarks as: ‘How many Jews died in the Holocaust? Not enough…HAHAHAHA.’”

Salem was suspended from her teaching job; but she should be fired and charged with a hate crime, as should have been the case with a Toronto-area school teacher, as reported by Jihad Watch….

A Toronto-area schoolteacher who called a jihadist who crushed the skull of a four-year-old Israeli girl a hero and martyr is back in the classroom, after receiving a mere rap on the knuckles for her abhorrently violent Facebook postings. A spokesperson for the Dufferin-Peel Catholic District School said that Nadia Shoufani returned to work at St. Catherine of Siena Separate School before Christmas. She was not charged with a hate crime, according to the announcement, and she is being entrusted with the well-being of children. Why should any Canadian child have to sit in a classroom led by a murder-minded, hate-filled teacher? The school administration should be prioritizing the well-being of the children.

“Jews only live once” and “stuff Jews in the oven” are among the offensive comments flooding the social media pages of current and former students at the University of Texas, Arlington (UTA), a dossier recently released by a covert campus watchdog group revealed.

According to the document, compiled by Canary Mission – which anonymously monitors anti-American, anti-Israel and antisemitic activity on US college campuses — 24 UTA students and graduates have likened Israel to Nazi Germany, called for violence against Jews and both denied and championed the Holocaust in Facebook and Twitter posts.

Majority of the posts come from former and current students affiliated with the school’s chapters of Students for Justice in Palestine (SJP) and Muslim Student Association (MSA).

In 2013, Ismail Said Aboukar — a member of UTA’s SJP and MSA and a proponent of the anti-Israel Boycott, Divestment and Sanctions (BDS) movement — referred to the Nazi genocide of the Jews as “#LiesToldInSchool.”

Aboukar also said the “world would be sooo much better without jews man [sic].”

Nancy Salem — a student activist with UTA’s SJP and a supporter of BDS — retweeted a riddle asking: “How many Jews died in the Holocaust?” The answer: “Not enough, HAHAHAHA.” And another: “How was the copper wire invented?” Answer: “They threw a penny between two Jews.”

The postings uncovered by Canary Mission represent just a “fraction of the hatred and intolerance that SJP and its members harbor on campuses across North America,” the group said, and pointed out that of the 24 students whose online rhetoric is blatantly antisemitic, 19 are affiliated with SJP and 12 with MSA.

As The Algemeiner reported in October, a study released at Brandeis — called “Hotspots of Antisemitism and Anti-Israel Sentiment on US Campuses” — showed that “one of the strongest predictors of perceiving a hostile climate towards Israel and Jews is the presence of an active Students for Justice in Palestine (SJP) group on campus.”

Following the publication of this article, a UTA spokesman told The Algemeiner, “As one of the most diverse campuses in the nation, inclusion and respect are at the very core of the values of UTA. UTA condemns statements of hate while acknowledging the principles of free speech and open expression. We welcome and encourage the sharing of ideas, thoughts and opinions, but we also expect respect and civility from students, faculty and staff.”