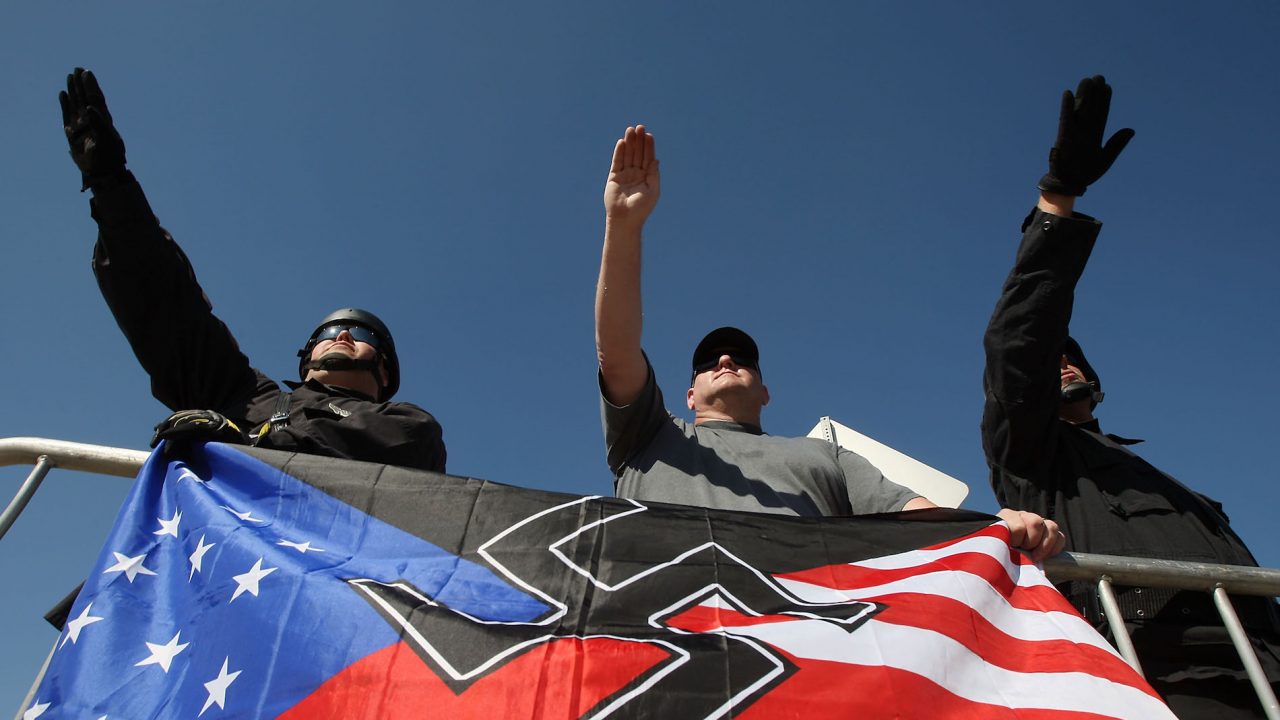 “Spencer has said that he’s encouraged by Trump’s victory.”

Personal attacks against [a Nazi] and his mother have escalated into an armed neo-Nazi protest in the small Montana town of Whitefish. The racist website “Daily Stormer” is organizing a protest against Jewish businesses and those who support them in Whitefish for the second week of January. In addition to a planned march through town, a neo-Nazi website has published a purported list of names and addresses of Jews who protesters should attack.

“We are planning an armed protest in Whitefish.

“Montana has extremely liberal open carry laws, so my lawyer is telling me we can easily march through the center of the town carrying high-powered rifles.

“I myself am planning on being there to lead the protest, which has been dubbed ‘March on Whitefish.’

“Currently, my guys say we are going to be able to put together about 200 people to participate in the march, which will be against Jews, Jewish businesses and everyone who supports either.

“We will be busing in skinheads from the Bay Area.

ABC Fox Montana called the Whitefish Police to see if the department had a comment, but no one has gotten back to us.

They say they are protesting businesses that targeted white nationalist “alt-right” leader Richard Spencer’s mother, who owns a business in Whitefish. According to her, local human rights advocate threatened to flood her business with hundreds of protesters if she did not sell the rental property. 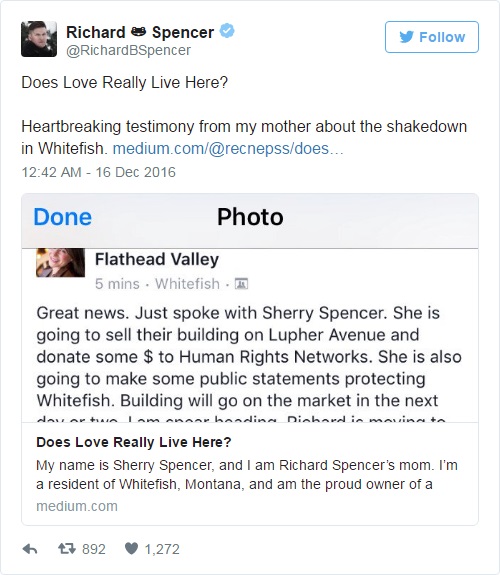 As a precursor to the armed protest, the racist website published a list of Jews to attack in Whitefish, and they’ve been bombarded with death threats:

The police in Whitefish, Mont., said Tuesday that they have stepped up patrols and are working with the F.B.I. after a neo-Nazi and white supremacist website listed the names and contacts of local Jews, calling on readers to “take action” against them.

Lt. Bridger Kelch of the Police Department in the town in northwestern Montana said that the force was taking the measures after the website, The Daily Stormer, on Friday published phone numbers, work locations, email addresses, and photographs of six Flathead County residents. Several of those targeted were from Whitefish where Sherry Spencer, the mother of the white nationalist leader Richard B. Spencer, lives and owns a building that has been the subject of protests.

The father and mother of Richard Spencer say they do not endorse his views on white nationalism. Spencer has said that he’s encouraged by Trump’s victory, saying that his aims are very much aligned with those of the “alt-right.” He’s also said that he’s considering using his infamy as a springboard to run for congress.