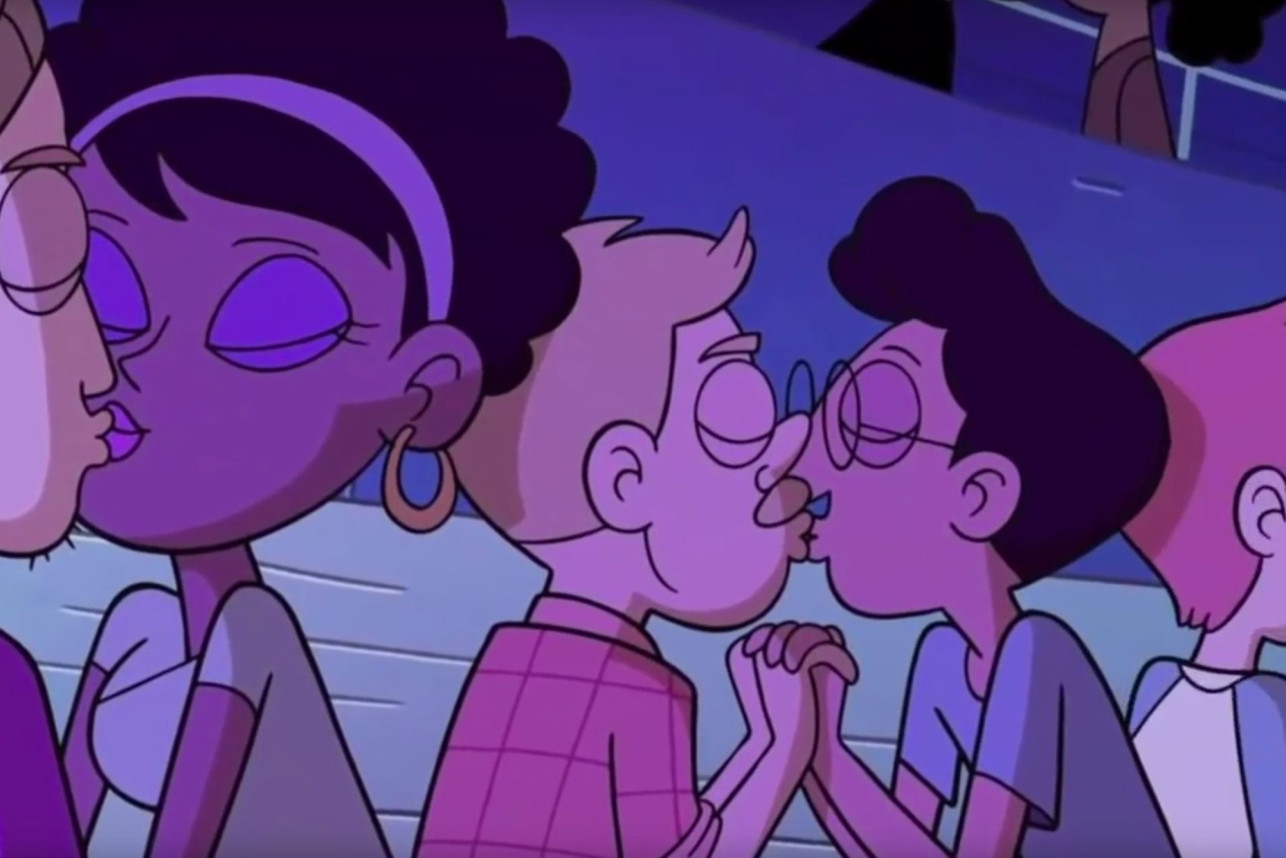 The gaystapo is pushing homosexuality on your children in order to normalize it.

Disney aired its first gay kissing scene in Monday’s episode of children’s cartoon “Star vs. the Forces of Evil.”

The Disney XD show saw main character Star and her friend Marco attend a concert where they were surrounded by kissing couples, including two men, and later in the episode, two women.

The episode has received positive reactions from viewers on social media.

Martha Cliff, a journalist and LGBT advocate, tweeted, “We’re getting there, one kiss at a time.”