There is no such thing as “Palestine” or a “Palestinian”. It is a propaganda war intended to destroy Israel and the Jews. 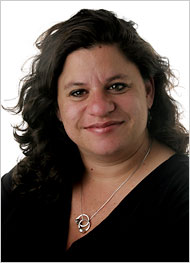 Jodi Rudoren and Rami Nazzal reported from the West Bank on the front page of Friday’s New York Times: “Palestinians Set Their Rage to Violent Beat.” The worst thing that Rudoren the Jerusalem bureau chief, and Nazzal had to say about a new rash of “protest songs” (!) by Palestinians celebrating the stabbing of Jews is that they are “blunt” and “weak musically.” A sample lyric: “Stab, stab the Zionist – and say God is great!”

There are even links to some of the violently inflammatory songs embedded in the online story, so the Times is also spreading anti-Jewish hate speech, including a charming ditty titled “Intifada of Knives,” which doesn’t leave much to the imagination. At least the Times doesn’t embed the “Stab, stab the Zionist” song, but does link to a Youtube video of it.

The Palestinian teenagers who came one after another into the True Love gift and music shop on a recent afternoon all had the same request: nationalistic songs — the new ones.

The proprietor quickly handed over the CDs that he had just started keeping at the checkout counter, like “Jerusalem Is Bleeding,” featuring the track “It’an, It’an” — “Stab, stab” — with its ominous backbeat.

“When I listen to these songs it makes me boil inside,” said one customer, Khader Abu Leil, 15, explaining that the thrumming score has helped pump him up for near-daily demonstrations where he hurls stones at Israeli soldiers.

Inspired by this month’s wave of Palestinian attacks against Israeli Jews and deadly clashes with Israeli security forces, musicians in the occupied West Bank and beyond have produced scores of militaristic, often violent tunes. Published and shared on YouTube and Facebook, they form something of an intifada soundtrack, illustrated by videos that include gritty clips from fresh events.

“Stab the Zionist and say God is great,” declares one, a reference to the spate of knife attacks since Oct. 1. “Let the knives stab your enemy,” says another. A third is called “Continue the Intifada” and comes with a YouTube warning — the video shows the Palestinian woman who pulled a knife at an Afula bus station surrounded by Israeli soldiers pointing guns.

“Resist and carry your guns,” the song urges. “Say hello to being a martyr.”

Palestinians have a tradition of protest music dating to their uprisings against the British in the 1930s. There are mournful poems about liberating the land, and booming anthems for political parties blared at rallies and funerals. During the war in 2014 between Israel and Gaza Strip militants, pulsing celebrations of rocket attacks on Tel Aviv poured from car radios across the coastal territory.

Several Palestinian musical experts said the scale and style of this new oeuvre were nonetheless unusual, fueled — as the uprising itself — by freewheeling social media. Some praised the songs as a constructive and creative form of resistance against Israel, while others said they were weak musically and only give the enemy more fodder for claims of incitement.

The Times finally issued some criticism of the musical aesthetics of the killer songs, not very musically original or expressive, and overly “blunt.”

But Basel Zayed, a composer, performer and music therapist from East Jerusalem, criticized the instrumentation of the new songs for “using the same fraction of a rhythm and just looping it” and their lyrics as “not very expressive, the main two words are like kill or do or bomb or explode.”

Then there is “Run Over, Run Over the Settler,” created during a series of deadly vehicular attacks a year ago. It was republished Oct. 10 with a remixed video including images from an incident that very day in which a 16-year-old Palestinian was shot dead after slicing the neck of an Israeli Jew outside Jerusalem’s Old City.

“Blunt” is definitely understating the case.

It’s not the first occasion in which the Times has indulged Palestinian “art” that encourages the murder of Jews without a hint of moral outrage. A May 2003 article neutrally described a video game made by the anti-Israel terrorist group Hezbollah that targeted Israeli leaders and soldiers:

The introduction is an exploding Israeli tank. A row of burning Israeli flags marks time while the computer loads a ”training session” in which shooting Prime Minister Ariel Sharon’s electronic forehead on a target is worth 10 points.