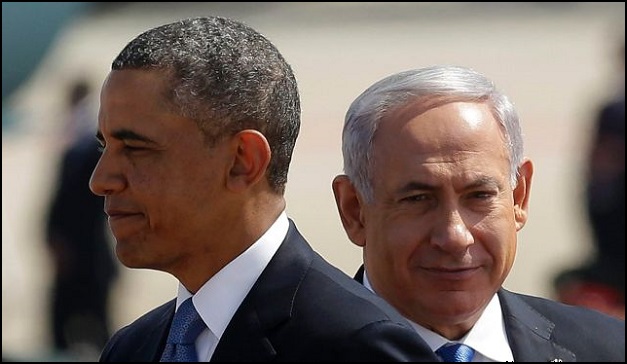 In a step towards joining an Israel boycott, the U.S. is now requiring goods originating from the West Bank (also known as Judea and Samaria) to be labeled separately from products from the rest of Israel, following the European Union’s crackdown on products from the disputed territories.

The U.S. Customs and Border Protection service, which falls under the Department of Homeland Security (DHS), has issued new mandates requiring that West Bank products not be marked “Israel,” citing a notice from the year 1997 that offers such instructions.

“The purpose of this message is to provide guidance to the trade community regarding the country of origin marking requirements for goods that are manufactured in the West Bank.”

According to the instructions, “It is not acceptable to mark” goods from the West Bank as having been from “Israel,” “Made in Israel,” or from “Occupied Territories-Israel.”

In its statement, U.S. Customs threatens, “goods that are erroneously marked as products of Israel will be subject to an enforcement action carried out by U.S. Customs and Border Protection.”

“Goods entering the United States must conform to the U.S. marking statute and regulations promulgated thereunder,” the statement adds.

Groups advocating “boycott, divestment, and sanctions” (BDS) against Israel have demanded separate labeling of Israeli goods from the West Bank and the Golan Heights as a step toward a total boycott of Israeli products.

Israel maintains that under international law, the West Bank is “disputed,” and not “occupied,” since there was no legitimate sovereign in the territory when Israel took control of it in self-defense after Jordan attacked Israel in 1967.

Many of the products that will be affected are made within areas of the West Bank, such as the Etzion bloc, are likely to be part of Israel under any peace agreement.

The new instructions were published by DHS over the weekend, following complaints from Palestinian and fringe leftist outfits that the U.S. was not complying with a 1995 law that calls for the marking of goods from the West Bank, Israel National News reports.

The EU now refuses to allow the label “Made in Israel” on products made anywhere outside of the pre-1967 lines.

“This will not advance peace; it will certainly not advance truth and justice,” he added.

“Here, tonight, we must confront the reality that around the world, anti-Semitism is on the rise. We cannot deny it,” he said from the Israeli Embassy in Washington, D.C.