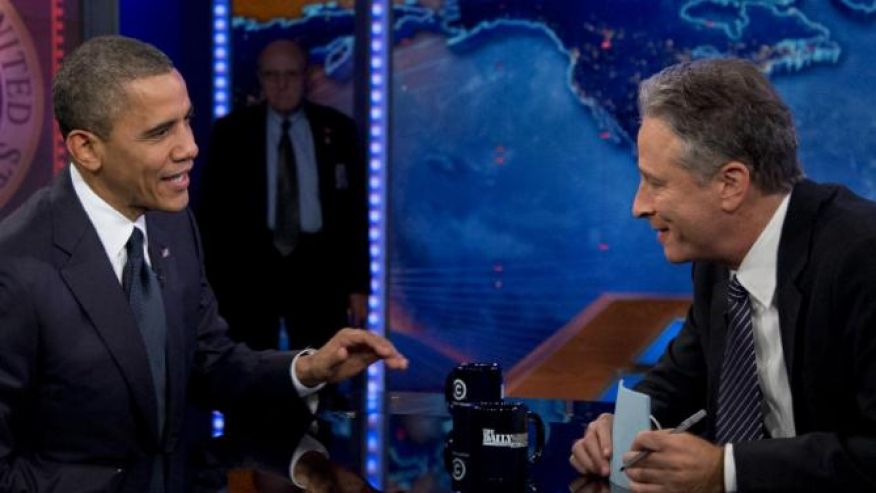 No longer denying it, now it’s congress’ “crummy law” led to IRS acting “poorly and stupidly.” Or something… and no one has gone to jail.

In his final appearance on the Jon Stewart’s The Daily Show Tuesday, President Obama said the IRS scandal wasn’t his fault nor really that of anyone at the agency. The real blame, he made clear, should fall on the (Republican-led) Congress, which he said “passed a crummy law” that didn’t provide enough guidance for the hapless IRS employees, and that continues not to provide enough funding for the agency.

When Obama was pressed on why his administration had presided over so many scandals, he pointed to the IRS as an example of how none of it’s his fault.

As the Washington Times points out, despite the IRS internal auditor verifying that conservative and Tea Party groups were indeed targeted and an ongoing investigation into the incident by the DOJ, Obama suggested that the targeting was just simply a mistake made by IRS employees who implemented the law “poorly and stupidly.”

The lion’s share of the blame, he argued, should fall on Congress, who “passed a crummy law” without enough guidance for implementation, and who continues to not give the agency the money Obama thinks it should have.

“[The] real scandal around the IRS,” he said, “is that they have been so poorly funded that they cannot go after these folks who are deliberately avoiding tax payments.”