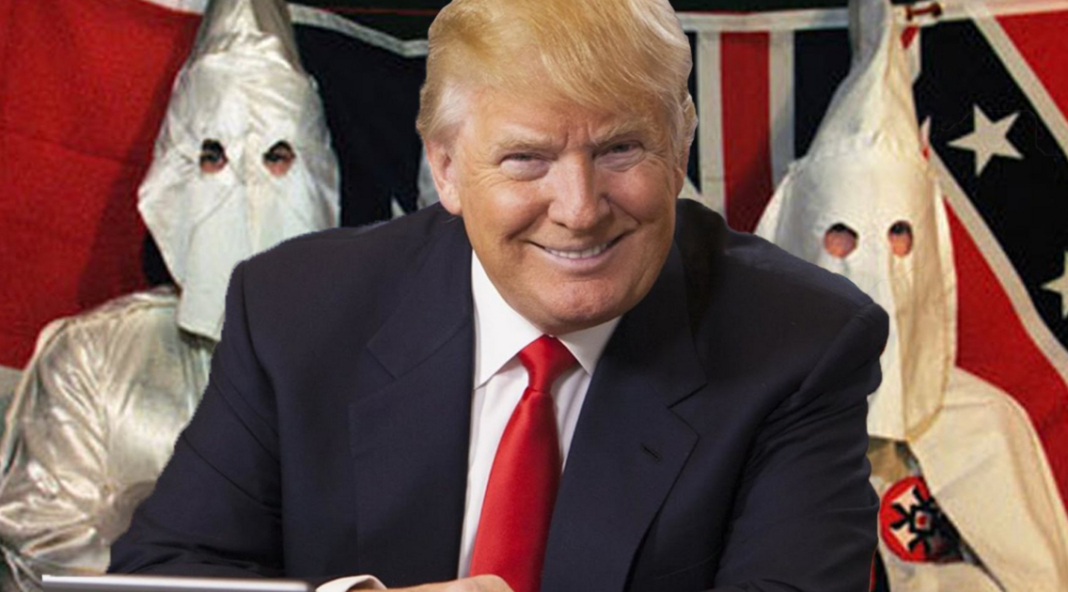 One week before the election, the Trump campaign finally denounces KKK and neo-nazi support after refusing to denounce them in the past.

The official newspaper of the Ku Klux Klan expressed its support for Republican nominee Donald Trump on the front page of its current issue, a move the Trump campaign quickly denounced.

The front page of “The Crusader” had a banner that said “Make America Great Again” with an article dedicated to a defense of Trump’s campaign slogan.

Trump’s campaign quickly denounced the support from the newspaper, calling the publication “repulsive.”

“Mr. Trump and the campaign denounces hate in any form. This publication is repulsive and their views do not represent the tens of millions of Americans who are uniting behind our campaign,” the Trump campaign said in a statement to CNN.

Pastor Thomas Robb, who wrote the article, told The Washington Post that the paper wasn’t officially endorsing Trump, but was instead expressing its support for his candidacy.

“Make America Great Again!’ It is a slogan that has been repeatedly used by Donald Trump in his campaign for the presidency,” Robb wrote. “You can see it on the shirts, buttons, posters and ball caps such as the one being worn here by Trump speaking at a recent rally … But can it happen? Can America really be great again? This is what we will soon find out!”

He continued: “While Trump wants to make America great again, we have to ask ourselves, ‘What made America great in the first place?’ The short answer to that is simple: America was great not because of what our forefathers did — but because of who our forefathers were. America was founded as a White Christian Republic. And as a White Christian Republic it became great.”

The Trump campaign recently distanced itself from a white nationalist supporter pushing an automated call in Utah slandering a third-party threat in the state, Evan McMullin.

But the Trump campaign condemnations in recent days have come far more quickly than in the past, including when Trump repeatedly demurred to CNN’s Jake Tapper about David Duke’s support, before finally condemning him.