Oklahoma: Muslim charged after sending white powder to a … mosque 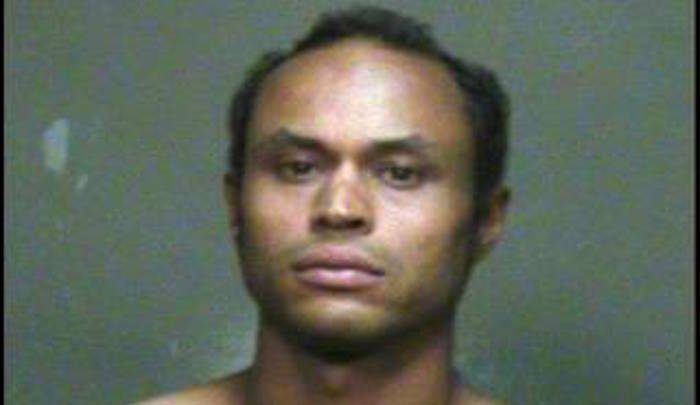 The Hamas-linked Council on American-Islamic Relations (CAIR), designated a terror organization by the United Arab Emirates, and other Muslims have on many occasions not hesitated to stoop even to fabricating “hate crimes,” including attacks on mosques. A New Jersey Muslim was found guilty of murder that he tried to portray as an “Islamophobic” attack, and in 2014 in California, aMuslim was found guilty of killing his wife, after first blaming her murder on “Islamophobia.”

This kind of thing happens quite frequently. The New York Daily News reported just last week that “a woman who told cops she was called a terrorist and slashed on her cheek in lower Manhattan on Thursday later admitted she made up the story, police said early Friday. The woman, who wore a headscarf, told authorities a blade-wielding wacko sliced open her face as she left a Manhattan cosmetology school, police sources said.”

And several weeks ago in Britain, the murder of a popular imam was spread far and wide as another “Islamophobic hate crime” – until his killer also was found to be a Muslim.

The Mirror reported that the imam “was targeted because he had made efforts to turn youngsters away from radical Islam.”

According to The Detroit News, a Muslim woman, Saida Chatti, was “charged with making a false police report after she allegedly fabricated a plot to blow up Dearborn Fordson High School to retaliate against the November terrorist attacks in Paris….Police say Chatti called Dearborn investigators Nov. 19, six days after Islamic extremists killed 130 people in Paris.”

And similarly in Britain, a Muslim woman was “fined for lying to police about being attacked for wearing a hijab. The 18-year-old student, known only as Miss Choudhury, said she was violently shoved from behind and punched in the face by a man in Birmingham city centre 10 days after the atrocities in the French capital on November 13.”

In today’s politically correct environment, hate crimes are political capital. They foster the impression that resistance to Islamic terrorism equals hatred of Muslims, and results in the victimization of innocent people. Hamas-linked CAIR and other Islamic supremacist organizations want and need hate crimes against Muslims, because they’re the currency they use to buy power and influence in our victimhood-oriented society, and to deflect attention away from jihad terror and onto Muslims as putative victims. Want power and influence? Be a victim!

“OKC man charged in terrorism hoax after allegedly sending letter containing white powder to a mosque,” by Kyle Schwab by Kyle Schwab, NewsOK, August 26, 2016 (thanks to The Religion of Peace):

An Oklahoma City man was charged Wednesday with a felony after he allegedly sent a threatening letter to a mosque containing a white powder meant to be mistaken for anthrax.

Justin William Bouma, 32, was charged in Oklahoma County District Court with the rarely filed felony count known as the crime of terrorist hoax. Bouma also was charged with one misdemeanor count of malicious injury and destruction of property.

Prosecutors allege Bouma sent the letter to the Islamic Society of Greater Oklahoma City on June 1. The imam at the mosque, 3815 N St. Clair Ave., contacted the FBI after opening it.

After testing the powder, the Oklahoma City Fire Department determined it was harmless. Police reported the powder was potassium perchlorate.

Bouma admitted to police on Aug. 18 he sent the “anthrax” letter to the mosque, police reported in a court affidavit.

Bouma “purchased some cheap detergent and placed it in the envelope,” according to the affidavit. Police reported threats in the letter were cut out of a magazine and a newspaper.

On Aug. 11, OK Halal Meat & Grocery, a Muslim-owned store adjacent to the mosque, had anti-Muslim sentiments spray-painted on the back.

Bouma admitted he painted the store but said the imam told him to, the affidavit states.

The graffiti referenced the Council on American- Islamic Relations, also known as CAIR. One statement said “CAIR not welcome.” Other remarks were crude and the terrorist group ISIS was mentioned.

Bouma reportedly attended the mosque in the past. Bouma became a suspect after authorities discovered threatening emails he had sent to mosque members, police reported….