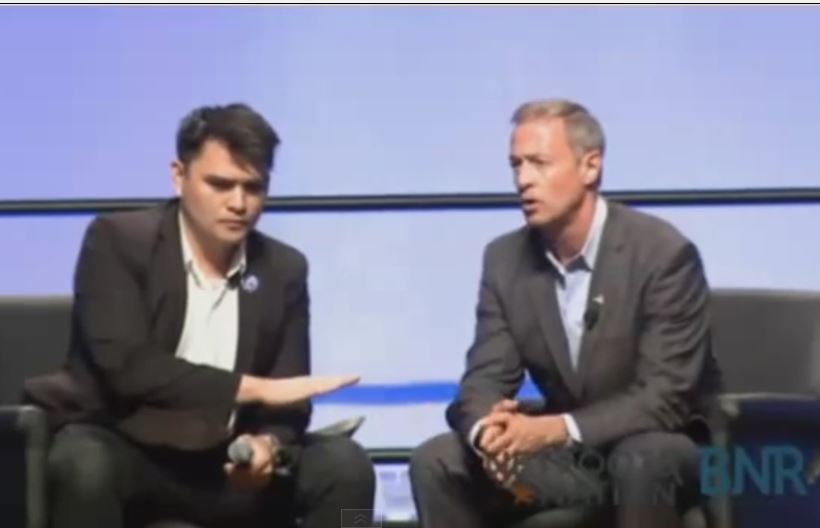 Democratic presidential candidate and former Maryland Governor Martin O’Malley was booed for saying “all lives matter” at the Netroots Nation conference on Saturday and later apologized for those comments.

During his town hall discussion, [relevant portion begins around 19:30] protesters stood up and began singing “What side are you on?” While the protesters were singing, moderator Jose Antonio Vargas let an activist onstage to ask O’Malley a question. The then activist made a long statement, before people in the crowd read off the names of black women who died in police custody and did multiple “If I die in police custody” chants and “Black lives matter” chants.

At 36:25 into the video, O’Malley was finally able to answer a question about what he would do about police misconduct. After O’Malley said, [relevant remarks around 39:20] “Every life matters. And that is why this issue is so important. Black lives matter, white lives matter, all lives matter,” the crowd booed and shouted at him.

Later, when O’Malley was on “This Week in Blackness,” [relevant remarks begin about 41 minutes into the current video], he apologized. O’Malley stated that he “meant no disrespect” and characterized his remarks as a “mistake.”