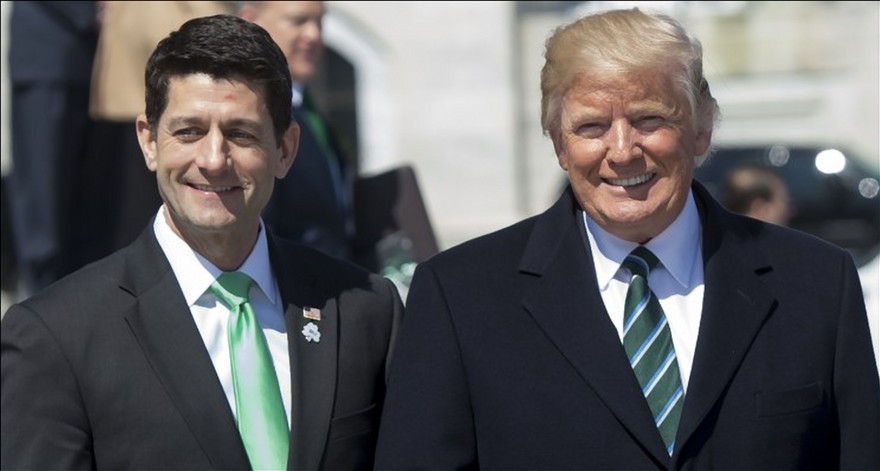 Looking like the cat that swallowed the canary, the Republican champion of big-government spending, Speaker of the House Paul Ryan, stood before the American people yesterday to announce that under his magnanimous leadership, the House of Representatives had passed a massive $4 trillion budget beginning with these words:

“First of all, I am very very excited. Because today, we passed a budget that is fiscally responsible.”

Fiscally responsible. That’s GOP politispeak for “We are going to explode the deficit by spending money we don’t have. But hey, this is going to lead to ‘historic’ tax reform.”

As I wrote yesterday, the Senate version of the budget bill was severely lacking in details, and since they made no changes to the Senate bill, the House version is no exception. This means that the Democrat-friendly budget will include funding for many of the pet projects of Obama and the left, such as: Planned Parenthood, DACA, and Obamacare subsidies.

Only 20 Republicans voted against the bill—it passed 216–212—which begs the question: Where was the House Freedom Caucus?

There are approximately 50 members in the Freedom Caucus, a group allegedly sworn to the concept of “open, accountable and limited government, the Constitution and the rule of law, and policies that promote the liberty, safety and prosperity of all Americans.” Unfortunately, as was the case with the fake-repeal of Obamacare, the group led by Rep. Mark Meadows chose to sell their soul to the Republican party—deficits and balanced budgets be damned.

In an interview on MSNBC’s “Morning Joe,” Meadows confessed his betrayal against conservatism and his surrender to the GOP machine. When asked about the trillions of dollars in new deficit spending resulting from the bill, Meadows replied, “It’s not something I espouse or think is necessarily the best way, but it’s the only thing I can get through the GOP-led Senate.”

Earlier in the week, Meadows also admitted that his vote would be driven more by his desire to “get something done,” even if it means “negotiating more generously” in order to secure a so-called legislative victory for the GOP. Frankly, this is more politispeak designed to hide the fact that he lied about his commitment to reducing the deficit, protecting the unborn, and repealing Obamacare.

When Sen. Jeff Flake announced his retirement a few days ago because he believes that the Republican party has “given up on core principles,” an MSNBC reporter asked Meadows what he thought about Flake’s speech. He responded by saying that “People are tired of politics as usual” and how important it was for Congress to “get things done” for the American people.

It’s clear that the GOP is no longer the home for conservatives; apparently, neither is the House Freedom Caucus.