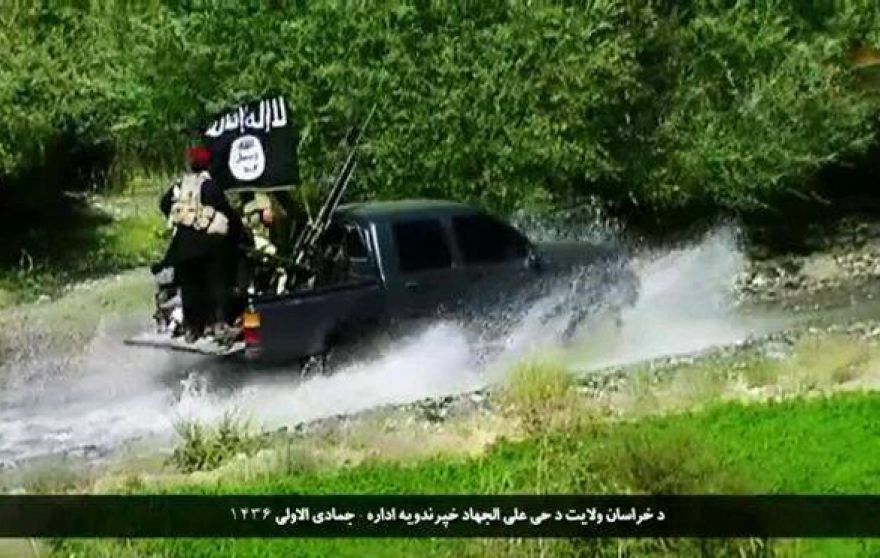 New photos purport to show ISIS training at a terrorist camp in Afghanistan, near the Pakistani border, in what may be yet another sign of the black-clad jihadist army’s expanding reach.

The pictures, obtained by a Pakistani journalist earlier this month and published by the military blog The Long War Journal, show apparent ISIS radicals training, marching in formation and brandishing heavy artillery.

Pakistani journalist Saleem Mehsud originally tweeted out the photos on his Twitter page on April 18, but would not divulge details about their origin. Two of the three images show more than a dozen ISIS terrorists standing in formation with assault rifles in front of armored SUVs draped in the [terrorist] group’s “black standard” flag. A third image shows a pickup truck with a heavy machine gun turret mounted in the bed. 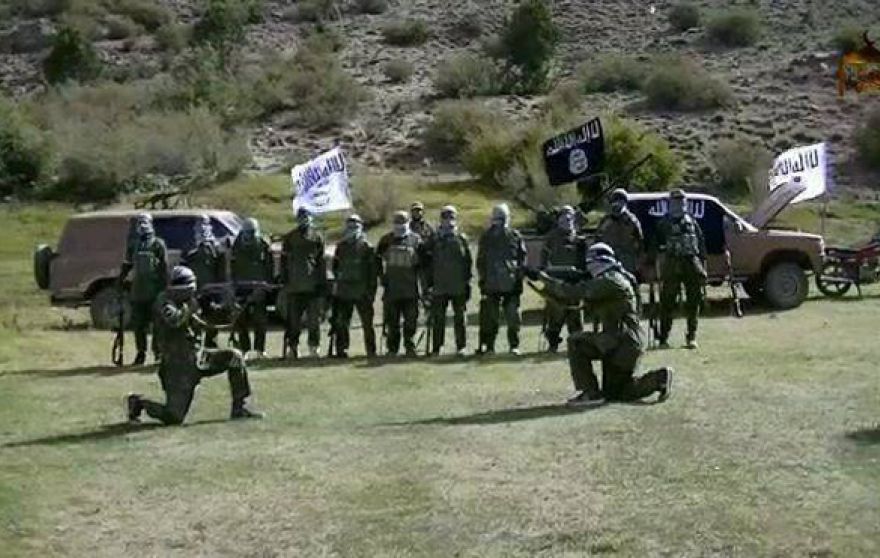 The photos were allegedly taken in the “Ustad Yasir” camp in the Logar province in eastern Afghanistan. The camp is believed to be operated by the Sa’ad bin Abi Waqas Front — a group named for an Al Qaeda leader who was killed by a U.S. airstrike in 2011. The camp is named for a key Taliban ideologue and top recruiter who was one of more than two dozen senior and mid-level Taliban officials killed in a 2012 “purge.”

The photos raise questions about who the [terrorists] are and how closely they are aligned with the Islamic State leadership in Syria and Iraq. Analysts said they could be disaffected former Taliban — as naming their camp for an accused Taliban turncoat might suggest — of unaffiliated terrorists whose sympathies lie with the infamous jihadist army.