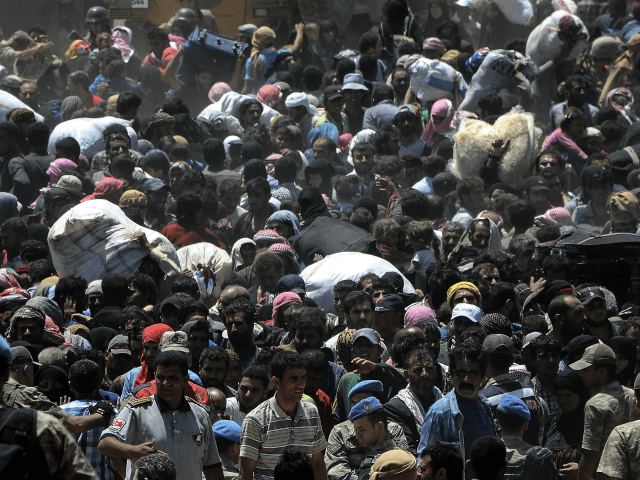 Three teenage girls colluded to cover up sex assaults against them because they felt bad for their attackers and didn’t want to see them “discriminated against”.

Pupils at the Herder school in Kassel, Germany have been subjected to months of sexual assault by “much older” migrant males on their way to and from school, dating back as far as September 2015. The three girls aged between 16 and 18 were repeatedly touched inappropriately and verbally abused, but they refused to report the incidents to the police or their school because the perpetrators were “refugees”.

German newspaper the Hessian Niedersächsische Allgemeine reports the girls realised the “social-political” implications of their reporting their crimes, with the significant amount of press attention swirling around migrant sex assault, leading to them becoming what the paper identified as “paralysed by political correctness”.

One of the girls, identified by the pseudonym ‘Anna’, said of their decision to suppress the sex attacks: “We do not want refugees to be discriminated against. We do not want people making sweeping accusations [about migrants], [and we didn’t want to] foment bad blood”. The school says “many others may have experienced this harassment as well”.

The girls were finally persuaded to come forward by a victim support group called ‘Kassel Help’, and they revealed how they were targeted by the men on public transport. The migrants who attacked them would find their way onto the same buses and trams daily to get near the girls, who were touched on the breasts, bottom, and between the legs. The report states “hardly a day went without harassment”.

Called “whores” to their faces, groups of up to seven men would approach them at tram stops, shouting “Girls! Girls! Girls!”. ‘Anna’ said the abuse “felt very threatening”, but came as a surprise, as the abuse started on their very first day of the new school term. She said “I had not expected it at all.”

The attacks had put other girls at the school off using public transport altogether.

Speaking to the Hessian Allgemeine, Steffi Burmester of the ‘Together Against Sexual Violence’ group said the organisation had seen a “huge” increase in sex violence come with the arrival of large numbers of “male migrants”. This was a phenomenon she attributed to the men coming from cultures with “different views of women”, and a desire to reclaim lost masculinity after the “fear and humiliation” of being a migrant. Whether that is a credible reason or not, Ms. Burmester said it was “no excuse”.

Given the sudden surge in sex crimes in Germany and other European countries by predominantly Muslim migrants, it is ironic that the news of these attacks comes just weeks after pupils from the school went on a ‘ethics’ class trip to their local mosque.

According to a class report posted to the school website, one pupil said after the visit: “Overall, the trip was an enriching experience for the classroom and has brought us closer to the religion.”

These children are not the first to lie about sexual abuse because it doesn’t fit the mainstream narrative about defenceless, and peaceful refugees. Breitbart London reported on the case of a young female no-borders activist who was gang raped by Sudanese migrants in the shower block of a camp on the French-Italian border in 2015. The other migrants in the camp were having a party and playing music, so her cries were unheard.

Subsequently, after persuasion by other activists the woman decided not to report her rape because to do so would set back her dream of a borderless world. After she betrayed the political ideals of the other volunteers at the camp and reported the abuse, some of her fellow activists accused her of doing so out of “spite”.