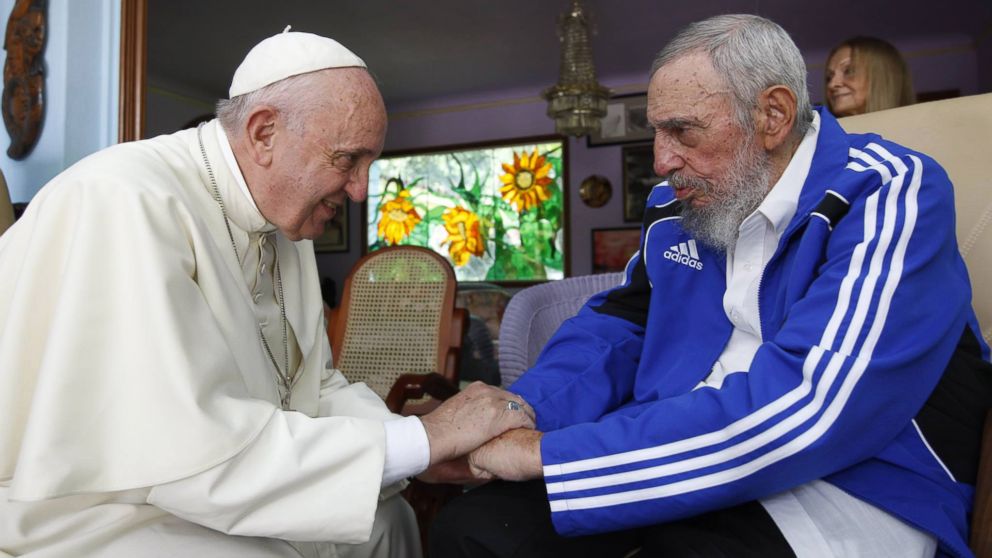 You really have to be an evil and sick piece of garbage to mourn a serial killer like the dictator Castro who mass murdered tens of thousands of people.

Pope Francis said the death of Cuba’s revolutionary leader Fidel Castro was “sad news” and that he was grieving and praying for his repose.

Francis expressed his condolences in a Spanish-language message to Fidel’s brother, President Raul Castro on Saturday.

The pope, who met Fidel Castro when he visited Cuba last year, said he had received the “sad news” and added: “I express to you my sentiments of grief.”

Fidel Castro, who was a professed atheist, was baptized as a Catholic and educated in schools run by the Jesuits, the religious order of which the pope is a member.