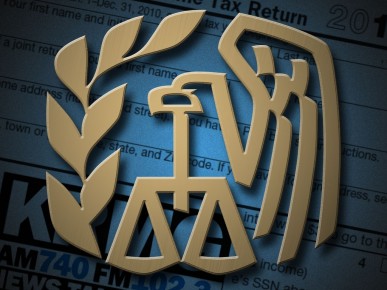 The IRS issued $5.6 billion in potentially bogus education tax credits in a single year — more than a quarter of all education credits claimed by taxpayers, a government watchdog said Tuesday.

A new report by the agency’s inspector general says questionable credits were issued to more than 3.6 million taxpayers in 2012. Most of them went to students even though the IRS never received a tuition statement from the school.

Some students attended schools that weren’t eligible for federal funding while others didn’t take enough classes to qualify for the tax break.

George said the IRS has taken some steps to better police the credits, but has not addressed all the deficiencies that George’s office identified in a 2011 report. In that report, the inspector general said the IRS issued $3.2 billion in potentially bogus education tax credits in 2010.

The IRS said Congress could help by simplifying the education tax credits and by giving the IRS more tools to validate student eligibility. Congress could also help by restoring budget cuts, the agency said.

“Since 2010, the IRS budget has been reduced by nearly $1.2 billion and we expect to have 16,000 fewer employees by the end of this fiscal year,” said the IRS statement. “We simply do not have enough resources to audit every questionable credit.”

“It’s also important to note the IRS believes the dollar estimates in this report are overstated, and the methodology could be more accurate,” the statement said. “Regardless of this, the IRS believes more can be done in this area and will continue working with Congress and (the IG) to make improvements.”

“The IRS owes it to American families and hardworking taxpayers to properly safeguard their hard-earned dollars and not dole them out to people who are not qualified to receive such credits,” Hatch said in a statement.

There are two main education tax credits. The American Opportunity Tax Credit offers up to $2,500 a year to help pay for tuition and other expenses. Students must be in a program that leads to a degree. Students can claim this credit for up to four years.

The Lifetime Learning Credit pays 20 percent of tuition and other education expenses, up to a maximum of $2,000. There is no limit on the number years this credit can be taken and students don’t have to pursue a degree.

Both credits are available only to students attending schools that are eligible to receive federal student aid.