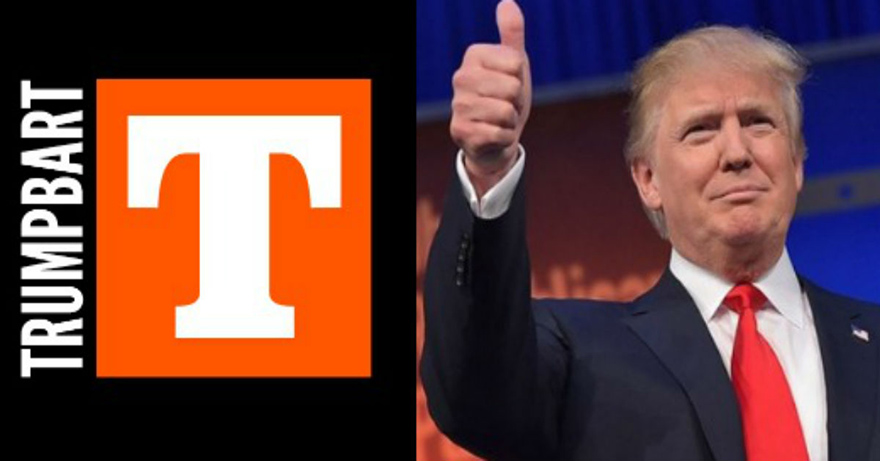 Andrew Breitbart, often described as a “happy warrior” for the conservative cause, now spins in his grave. The website he founded, which still bears his name, has been corrupted into a tool of anti-governing insurgency. Its mission: destroy the Republican Party by any means necessary.

This much has appeared obvious to many for months, but has now been greatly substantiated. Breitbart.com was willing to go to any length to undermine the party, even colluding with a clandestine Democrat operative whose goals aligned with their own. From Politico:

A liberal activist and organizer coordinated with reporters from the conservative news site Breitbart during the primaries to cover his disruptions of events for candidates such as Sen. Marco Rubio.Aaron Black, an associate with Democracy Partners and a former Occupy Wall Street organizer, worked with the pro-Trump site Breitbart, tipping it off about his stunts, exchanging raw video and coordinating coverage, according to a source with direct knowledge of the situation.

You may recognize Black as one of the Democrat henchmen identified in recentvideo exposés from James O’Keefe. Those videos revealed alleged collusion between the Democrat National Committee, political action committees, and the campaign of Hillary Clinton. Black’s goal — destroying the Republican Party through any means necessary (legal or otherwise, apparently) — aligned with Breitbart’s.

According to the source, Black coordinated with Breitbart via email, phone and in person, including when he dressed up as a robot and trolled Marco Rubio’s events. The relationship was described as very friendly. An article subsequently published on Breitbart featured video footage of a physical confrontation between Black and Rubio’s New Hampshire campaign chairman.”He worked directly with Breitbart’s political team on the ground in the primary states to sabotage Marco Rubio & Ted Cruz, and elect Trump as nominee of [the Republican] party,” the source told POLITICO. “[Black] was coordinating with [Breitbart’s] top staff to rabble rouse against Rubio at rallies.”

Why would Black, a committed Democrat, work with a supposedly conservative publication to affect Republican primary results?

Rubio may have actually won, an outcome which neither Black nor Breitbart desired. Put another way, Breitbart was willing to chance Hillary Clinton becoming president rather than see Marco Rubio beat her. This obliterates the already fallacious argument advanced by Breitbart that the “never Trump” contingent supports Hillary Clinton. They don’t get to toss that accusation around after actively working with Democrats to sabotage Republicans who could have beat her.