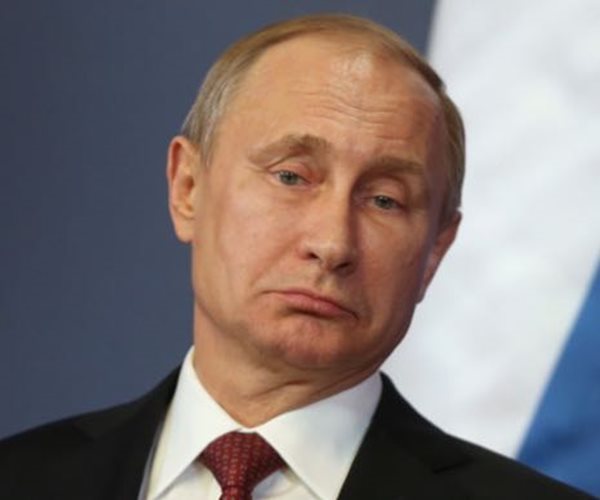 Hackers connected with the Russian government breached the computer network of the Democratic National Committee, gaining access to the entire database of opposition research on Donald Trump, DNC officials and cybersecurity, experts said Tuesday. DNC leaders were reportedly informed of the intrusion in late April.

The hackers were able to read all of the Democrats’ email and chat traffic, according to officials who responded to the breach.

The Washington Post reports that the breaches crossed political lines:

The intrusion into the DNC was one of several targeting American political organizations. The networks of presidential candidates Hillary Clinton and Donald Trump were also targeted by Russian spies, as were the computers of some GOP political action committees, U.S. officials said. But details on those cases were not available.A Russian Embassy spokesman said he had no knowledge of such intrusions.

Some of the hackers had access to the DNC network for about a year, but all were expelled over the past weekend in a major computer cleanup campaign, the committee officials and experts said.

The DNC said that no financial, donor or personal information appears to have been accessed or taken, suggesting that the breach was traditional espionage, not the work of criminal hackers.

The depth of the penetration reflects the skill and determination of the United States’ top cyber adversary as Russia goes after strategic targets, from the White House and State Department to political campaign organizations.

“It’s the job of every foreign intelligence service to collect intelligence against their adversaries,” said Shawn Henry, president of CrowdStrike, the cyber firm called in to handle the DNC breach and a former head of the FBI’s cyber division. He noted that it is extremely difficult for a civilian organization to protect itself from a skilled and determined state such as Russia.

“We’re perceived as an adversary of Russia,” he said. “Their job when they wake up every day is to gather intelligence against the policies, practices and strategies of the U.S. government. There are a variety of ways. [Hacking] is one of the more valuable because it gives you a treasure trove of information.”

Russian President Vladimir Putin has spoken favorably about Trump, who has called for better relations with Russia and expressed skepticism about NATO. But unlike Clinton, whom the Russians probably have long had in their spy sights, Trump has not been a politician for very long, so foreign agencies are playing catch-up, analysts say.

“The security of our system is critical to our operation and to the confidence of the campaigns and state parties we work with,” DNC chairwoman Debbie Wasserman Schultz said. “When we discovered the intrusion, we treated this like the serious incident it is and reached out to CrowdStrike immediately. Our team moved as quickly as possible to kick out the intruders and secure our network.”

The group that stole Trump’s opposition file is closely linked to a Russian military intelligence organization, Alperovitch said. A different Russian group was monitoring the communications servers of the DNC, including email, for about a year.

Intelligence experts say that the Russians are particularly skilled at this type of intelligence gathering, and under Obama the United States just hasn’t kept up its security.