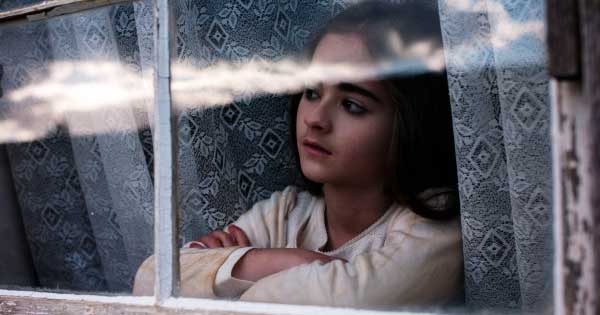 A 14-year-old child bride from Syria came to Sweden and became pregnant with her husband, who is also her cousin.

Now a Swedish court has approved of her marriage, because she appears “mature,” and for religious and cultural reasons.

The girl was married off to a cousin when she was only twelve years old. In Sweden, she has been placed with his aunt and her family.

The social service authorities in Sweden thought her marriage is completely outrageous and took it to the justice system.

But the judge does not think there is anything wrong with it, since she was brought up with another religious and cultural perception of what is right and wrong.

In addition, the girl, according to court, is precocious for her age and early matured, so the court does not see anything wrong.

This means that Sweden now approves of Sharia law. The court looks through the fingers with sexual relations concerning Muslim minors, and approves of the pregnancy in a child’s marriage where the girl is only 14 years old. This is a verdict that may set a precedent for further introduction of Sharia law in Sweden.

Political scientist and journalist Sakine Madon, questions the verdict in an editorial in VLT.

“So if a girl is considered ‘mature’, it is less wrong that she is part of a child marriage? So if the girl has a certain religious and cultural background, are child marriages in order?” she writes, and continues:

“It is difficult to interpret the verdict in another way. The girl is also described as a mature person with free will. Anyone who knows what honor culture is, is well aware of the powerlessness and pressure a minor married girl is exposed to. Why close your eyes to that she is underage?”