Ted Cruz: ‘History will record Obama and Kerry as relentless ENEMIES of Israel’ 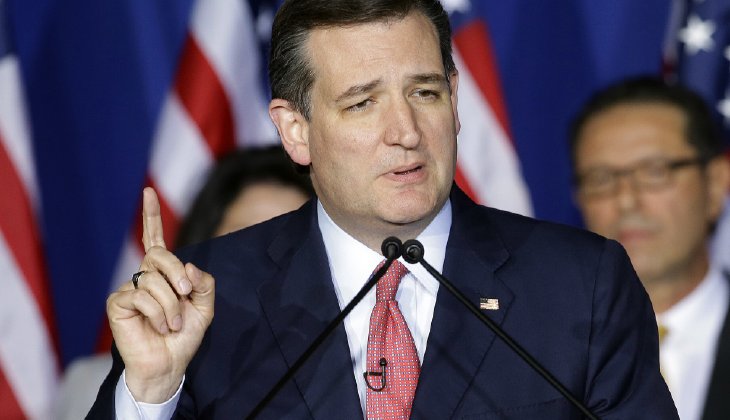 Ted Cruz is a real friend of Israel and slammed the Obama administration for their anti-Semitism:

America is an unshakable friend of #Israel, and we are horrified at what has transpired this week. #StandwithIsrael https://t.co/WZPFrofJbk

Here’s the full statement from the TedNado:

“Like bitter clingers, President Obama and Secretary Kerry are spending every last minute of this administration wreaking havoc domestically and abroad. With their last breath in office, they have struck at Israel, through the United Nations and through today’s disgraceful speech.

“These acts are shameful. They are designed to secure a legacy, and indeed they have: history will record and the world will fully understand Obama and Kerry as relentless enemies of Israel. Their actions were designed to weaken and marginalize Israel, and to embolden its enemies.

“Today’s speech — like Kerry’s 2014 remarks likening Israel to an apartheid state — will enflame rising anti-Semitism in Europe. It will encourage the mullahs who hate Israel and hate America. And it will facilitate ‘law-fare,’ growing legal assaults on Israel through transnational legal fora.

“Kerry’s speech drew a stunning moral equivalence between our great ally Israel and the Palestinian Authority, currently formed in a ‘unity’ government with the vicious terrorists of Hamas. Secretary Kerry declared the Hamas regime in Gaza ‘radical,’ in the same way he declared the duly-elected government of Israel ‘extreme.’ He declared vicious terrorism sponsored by Hamas equal to Israeli settlements in West Bank. And he equated Israel’s celebration of its birth with the Palestinian description of this event as the ‘disaster.’ His speech attempted to lay out an historic and seismic shift towards the delegitimization of our ally, Israel, and the further empowerment of the Palestinian Authority.

“Kerry’s central conclusion, that ‘Israel can either be Jewish or democratic, it cannot be both’ is an inanity that passes as profound only in Ivory Tower faculty lounges. There are roughly 50 majority-Muslim countries in the world. There is one — only one — Jewish state. And yet, for Kerry and Obama, that is too much. The Israeli Knesset has 17 elected Arab members. It has Muslim members and Christian members. In contrast, one searches in vain for Muslim countries that have elected Jewish representatives.

“It is a sign of their radicalism and refusal to defend American interests, that Obama and Kerry choose to attack the only inclusive democracy in the Middle East — a strong, steadfast ally of America — while turning a blind eye to the Islamic terrorism that grows daily.

“America is an unshakable friend of Israel, and we are horrified at what has transpired this week.

“I believe Obama’s and Kerry’s shameful conduct will backfire. That it will be short-lived, and will inspire a bipartisan repudiation of their radical anti-Israel agenda.

“All Americans who understand the value of the U.S.-Israel alliance must immediately and unequivocally reject their false and dangerous narrative, and reassert our fundamental commitment to Israel’s security. Thankfully, Congress and the incoming administration can and I hope will take decisive action to intercept the administration’s final and desperate Hail Mary, and that should begin with eliminating U.S. funding to the U.N., unless and until this disgraceful resolution is reversed.

“I look forward to working with my colleagues on both sides of the aisle as well as the incoming administration to chart a new path forward based on America’s national security interests and clear-eyed reality, not on the Obama administration’s globalist agenda and wishful thinking.”