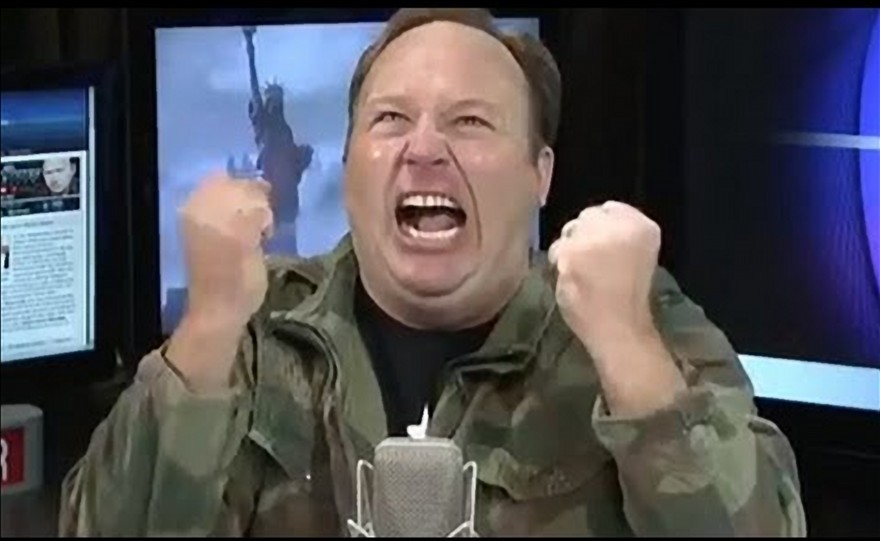 A tape that was played accidentally during the Alex Jones custody trial in Texas was briefly the subject for a mistrial motion by attorneys for the right-wing broadcast personality.

The video was from an appearance by Jones on The Joe Rogan Experience podcast, in which Jones expressed his support for Donald Trump’s remarks that surfaced in the infamous “pussy grab” Access Hollywood video.

During the podcast Jones said,  “When you’re a celebrity, women throw themselves at you. A woman climbing on top of you is not sexual assault; that’s what mammals do.”

But, you see, the problem is, the judge did not give approval for that particular clip to be played before the jurors. Instead, State District Judge Orlinda Naranjo had approved the playing of a different clip from the Rogan show in which Jones took a hit of marijuana, according to the Austin American-Statesman.

The judge denied Jones’ request for a mistrial, and told the jury to “disregard” what they had just watched. Both Jones, and his ex-wife Kelly Jones released statements asking for the media to respect their privacy during the trial.

“Above all this is a private matter,” Jones said. The former couple is in the midst of a heated trial over custody of their three children.

Earlier, in the course of litigation, Jones’ attorneys made headlines by attempting to show that Jones, the outrageous conspiracy theorist, was actually just playing a role and practicing “political satire.” They tried to say his on-stage persona should not be a factor in determining his fitness to have custody of the three children.