Tom DeLay: ‘I Am So Disappointed in the Evangelicals’ for supporting Trump 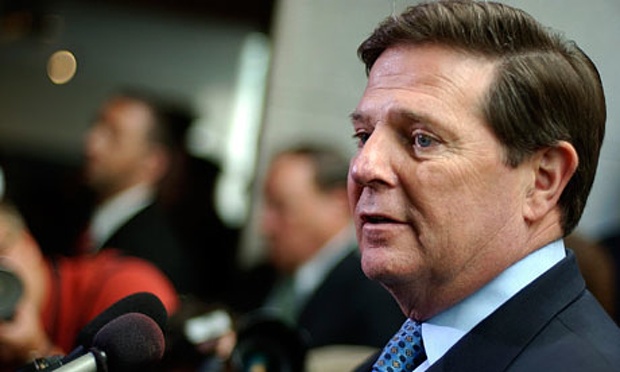 When asked Monday on “The Steve Malzberg Show” why Texas Sen. Ted Cruz keeps losing evangelical votes to the billionaire real estate developer, DeLay said, “I have no idea. I am so disappointed in the evangelicals.”

The former Texas congressman said he found it hard to believe Republicans may end up with a nominee who is “so contrary to what evangelicals are all about.”

Trump, he said, “is a guy who’s got character flaws, he’s had failed companies, three marriages, he’s run casinos, made money off of pornography, four bankruptcies. I guess the evangelicals are madder at the Republican leadership, particularly in the House and in the Senate, than they are at their values.”

Though the media has already anointed Trump the GOP nominee, the process is far from over, DeLay said. There will be well over 1,000 delegates awarded in the next two to three weeks, he noted.

If the race continues as it has, there will be a brokered convention since 60 percent of the delegates are awarded proportionally, DeLay said.

If Trump continues getting 30 percent of the vote he will earn only about 500 delegates, he said.

One of the current top three candidates, Trump, Cruz or Florida Sen. Marco Rubio will likely be the nominee from a brokered convention, he said, unless Ohio Gov. John Kasich gains more momentum.

“It could be one of the three, but you’ll have multiple votes before anybody gets the majority of the vote,” he said.

Asked about Cruz’s national campaign spokesman Rick Tyler being asked to resign over a retweet of a video making it appear Rubio had slammed the Bible, DeLay called the move a “stupid act” that obviously was taken without checking with Cruz.

“If you’re going to attack somebody, make sure that the candidate knows you’re doing it so that he can approve it or disapprove it,” DeLay said. “That’s the way things should work.”