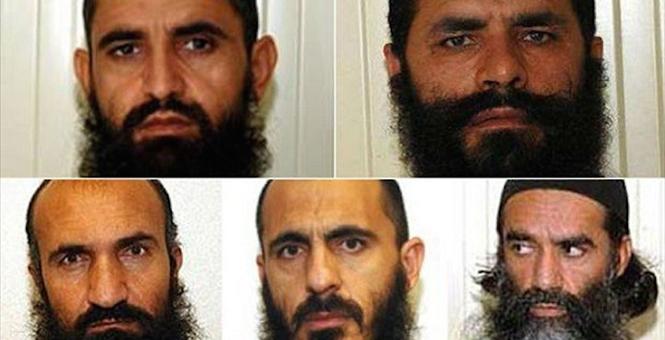 After the deal was hatched in May 2014, the Taliban Five were sent to Qatar, where government officials have monitored their activities and movements and enforced the travel constraints. With the restriction nearing its June 1 expiration date and American officials alarmed that the former prisoners will return to the battle for Afghanistan, the Associated Press has reported that the United States government is discussing a possible extension of the ban with Qatar, though no details have been revealed.

California Rep. Adam Schiff, who as the House Intelligence Committee’s top Democrat is familiar with the secret memorandum of understanding with Qatar that established the travel ban, told the Associated Press that the Qataris had done a pretty good job of monitoring the former detainees, but that he’s still concerned with what will happen after the ban expires:

In Congress, we spent a lot of time debating whether the Qataris were going to adequately keep an eye on them in the course of the 12 months. My point all along was that I’m more worried about month number 13 than the first 12.

The State Department downplayed concerns about the five former prisoners returning to the battlefield by noting that they are middle-aged or older Taliban government officials who were unlikely to resurface on the battlefield. That’s comforting.

Just as sure as we’re sitting here, they’re going back to the fight.

Four out of the five detainees still remain on a United Nations’ blacklist that freezes their assets and imposes a separate travel restriction. But the UN sanctions committee has conceded that it routinely receives unconfirmed reports suggesting that individuals barred from travel had become “increasingly adept at circumventing” the sanctions.