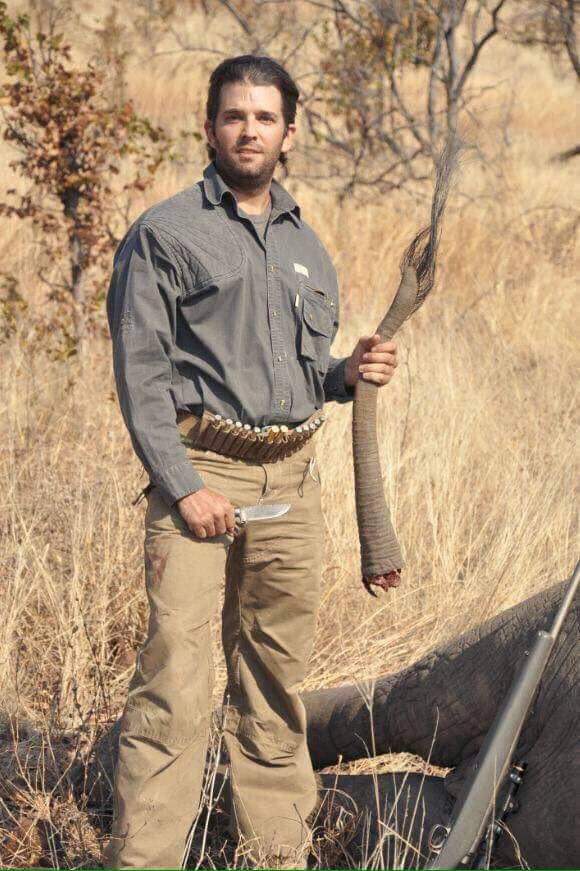 With their bouffant hairstyles and pin-striped suits, the millionaire sons of Donald Trump are a chip off the old block when they appear among New York’s glitterati.

But one area where Donald jnr and Eric Trump don’t see eye-to-eye with their father is in killing animals for fun.

The pair have been forced to defend themselves against accusations of cruelty after photographs emerged on the internet of them standing next to animals shot dead during a hunting holiday last year.

Animal rights groups and Zimbabwean conservationists have hit out at the two millionaires – and even Donald snr has publicly questioned why his sons enjoy hunting so much.

The photos appeared on the website of Hunting Legend, a company that specialises in tailor-made big-game hunting across Africa for wealthy clients in Europe, the Middle East and the United States.

The brothers are shown in trophy photos standing next to a dead elephant, crocodile, kudu, leopard and waterbuck.

The animals were all shot on a hunting range close to Zimbabwe’s Victoria Falls. In one picture, Donald jnr is holding a knife and a severed elephant tail.

Wealthy hunters pay thousands of dollars to shoot big game in Africa. The most prized hunts are the so-called “Big Five” – leopard, lion, rhino, elephant and buffalo. Four of the five are endangered. Killing one can cost US$10,000 ($12,400) for licences, which are meant to be strictly rationed.