Trump: Black colleges an ‘absolute priority’ in my administration 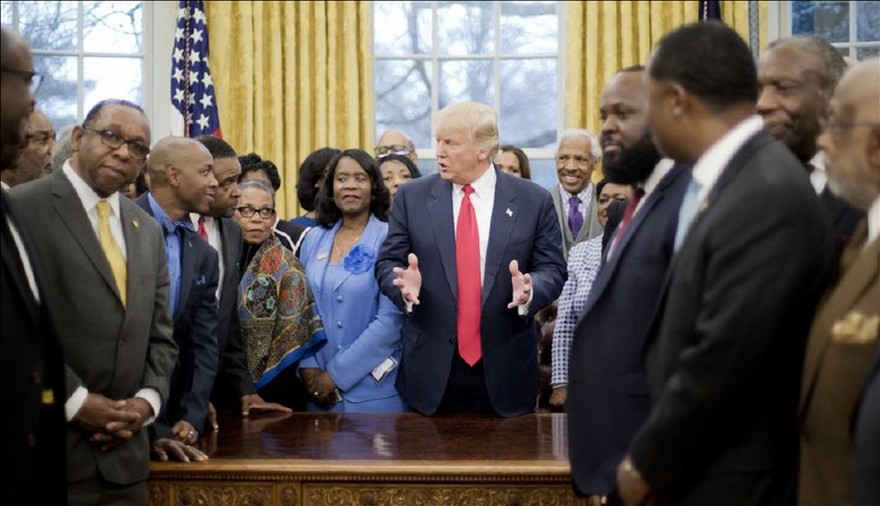 Are black only colleges actually racist segregation? What do you think would happen if someone opened an all white only college? And why is this a top priority for Trump? When did equal rights turn into special privileges?

President Trump on Tuesday signed an executive order aimed at bolstering historically black colleges and universities, and said his administration will make HBCUs an “absolutely priority.”

Trump also called HBCUs the “pillars of the African American community,” and said they are “incredibly important institutions woven into the fabric of our history.”

The executive order comes a day after Trump and Vice President Pence met with dozens of presidents and chancellors of HBCU’s from around the nation, and a day before the conclusion of African American History Month.

The White House Initiative — started by President Jimmy Carter — on HBCUs will now be moved from the Department of Education to direct White House supervision. With the move, there will now be mandatory funding benchmarks for federal agencies for grants and contracts to HBCUs.

An advisory board for HBCUs will also meet biannually with Trump. During all eight years in office, former President Barack Obama reportedly declined to attend any of the advisory board meetings.

HBCU officials will also be able to advise Trump on his urban agenda, and the private sector’s role in such institutions will be increased.

There are roughly 100 HBCUs in the United States.