Trump is Getting Rich Off His Campaign for President 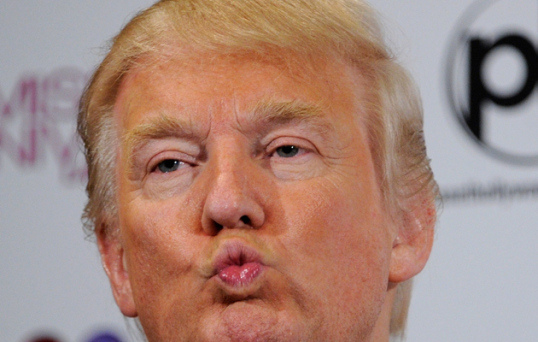 Well this is a strange thing to do for someone supposedly spending his own money to get elected, unless he’s not:

The real estate mogul jacked up the rent on his own presidential campaign, billing it more than four times the previous cost for its use of Trump Tower, once the dough wasn’t coming out of his own pocket , according to a new report.

The reason for difference, the site claims, is that in March the mogul was mainly self-funding his primary presidential campaign.

But in July, the Trump campaign transitioned to using outside funds to finance the campaign.

And during that period, employees and consultants on the Trump campaign declined — going from 197 in March to 172 in July, according to the report.

“If I was a donor, I’d want answers,” an Republican National Committee member told the Huffington Post. “If they don’t have any more staff, and they’re paying five times more? That’s the kind of stuff I’d read and try to make an (attack) ad out of it.”

Maybe there’s a good reason for this? I don’t know. But it sure looks like Trump is trying to fatten his wallet on campaign funds coming in from other sources.

Why else would you raise the cost that much?