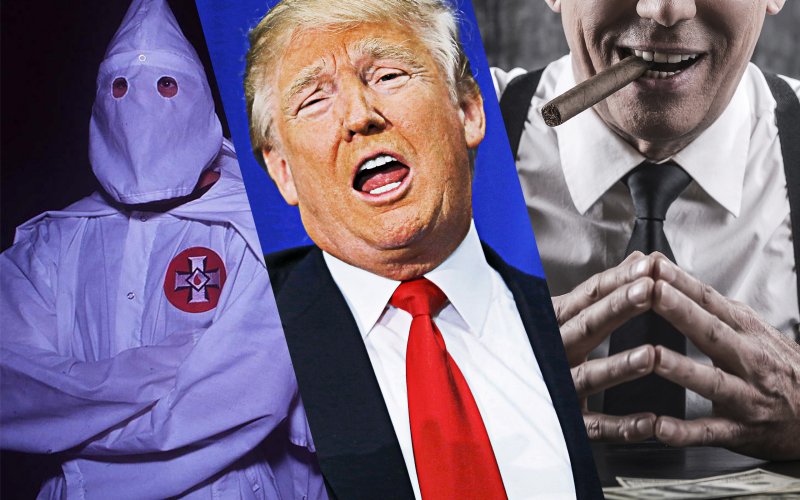 “Will you unequivocally condemn David Duke and say that you don’t want his vote or that of other White Supremacists in this election?” Tapper asked.

“But, I guess the question from the Anti-Defamation League is, even if you don’t know about their endorsement, there are these groups and individuals endorsing you, would you just say unequivocally you condemn them and don’t want their support.”

“Well I’d have to look at the group. I mean, I don’t know what group you’re talking about. You wouldn’t want me to condemn a group that I know nothing about,” Trump said.

Trump said that if he had access to a list of the individuals and groups that support him, he would research them to determine whether or not their actions and beliefs merited his condemnation.

“Certainly I would disavow if I thought there was something wrong,” he assured.

Tapper then asked Trump to comment only on David Duke or the Ku Klux Klan and whether or not he would be willing to reject their endorsement.

[Trump then lied:] “Honestly, I don’t know David Duke,” Trump replied. “I don’t believe I’ve ever met him … and I just don’t know anything about him.”

.@realDonaldTrump: “I know nothing about David Duke” https://t.co/1FIKzrf8Kb #CNNSOTU https://t.co/hfEJArGwmv

Republican candidate Ted Cruz also appeared on the show Sunday morning and told Tapper that Trump is a wild card who “doesn’t know what he would do” if elected president.

“If Donald becomes President, who the heck knows what he would do? Even Donald doesn’t know what he would do.” Cruz said. “And I think the challenges facing this country are too great to roll the dice.”

“But just for the record, even though you think all of that about Donald Trump, you still would support him for the presidency if he gets the nomination?” Tapper asked.

“I will support the Republican nominee, but I’m working very hard and I intend for that nominee to be me,” Cruz said.