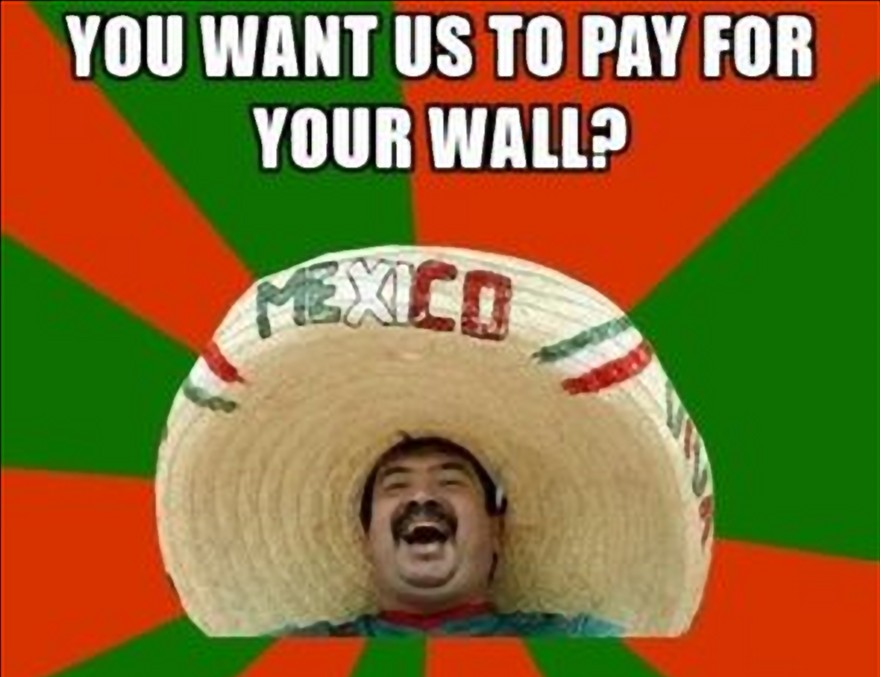 You have got to be kidding me. It doesn’t take half an IQ point to know that Mexico isn’t going to pay a single cent.

Trump had a rally in order to run his victory lap over the special election in Georgia, and while he was there he unveiled how he’s giving up on making Mexico pay for the border wall.

Here’s what he said:

A solar wall? Wow. What I like is that after ALL the rancor and vitriol that he spit at Mexico, he’s selling this idea to make it EASIER on Mexico to pay for the wall. Which, by they way, they’ve said they won’t pay one cent for.

[Even] Ann Coulter is pretty angry that not one brick of a new wall has been built, but Trump keeps selling that snake oil and people keep buying.