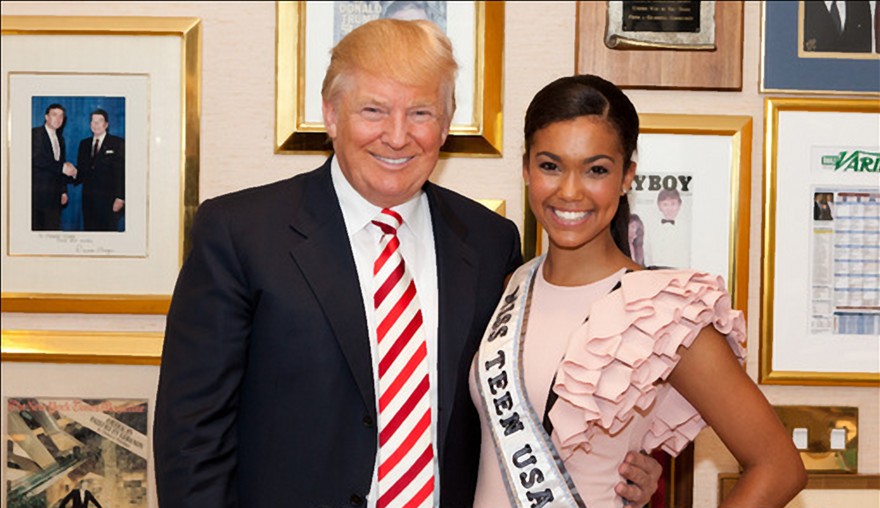 Donald Trump and Miss Teen USA in front of a Playboy magazine on Trump’s wall.

Four women who competed in the 1997 Miss Teen USA beauty pageant said Donald Trump walked into the dressing room while contestants — some as young as 15 — were changing.

“I remember putting on my dress really quick because I was like, ‘Oh my god, there’s a man in here,’” said Mariah Billado, the former Miss Vermont Teen USA.

Trump, she recalled, said something like, “Don’t worry, ladies, I’ve seen it all before.”

Three other women, who asked to remain anonymous for fear of getting engulfed in a media firestorm, also remembered Trump entering the dressing room while girls were changing. Two of them said the girls rushed to cover their bodies, with one calling it “shocking” and “creepy.” The third said she was clothed and introduced herself to Trump.

Until now it was never alleged that this behavior extended to the teen pageant, in which contestants can be as old as 19 or as young as 14.

The defense will be that they are Hillary voters, but that argument does not quite hold up:

“I don’t support either” Trump or Clinton, said Billado, the former Miss Vermont. Of the other three who remember Trump coming into the dressing room, one said she was also undecided but would not vote for Trump, and another said she’s a Democrat. A third said she was not voting for Trump and wouldn’t say more because “this is not about politics.” But, she added, “When he started running for president, that is one of the first things I thought about: Oh, gross, this guy walked in on us in the pageant.” Girls were “just scrambling to grab stuff,” she said, “whatever garments they had.”

The idea that Trump would actually do this is not shocking to many of us. But lately, a contingent of Trump supporters has argued that Trump’s “grab them by the p***y” comments were mere braggadocio, and that we don’t know Trump actually did that. (Never mind the increasing number of women who claimed Trump grabbed or kissed them inappropriately. Never mind that he didn’t say he was joking. We Trumpers know: he was joking!) This story is another nail in the coffin of the argument of the Trumpers that “when Trump talks about doing inappropriate things to women, he’s just bragging.” Apparently not. Apparently, when Donald Trump is near attractive women, sexual assault or other seriously inappropriate behavior may be on the menu.

Even if they are teenagers.

Isn’t he just the best?