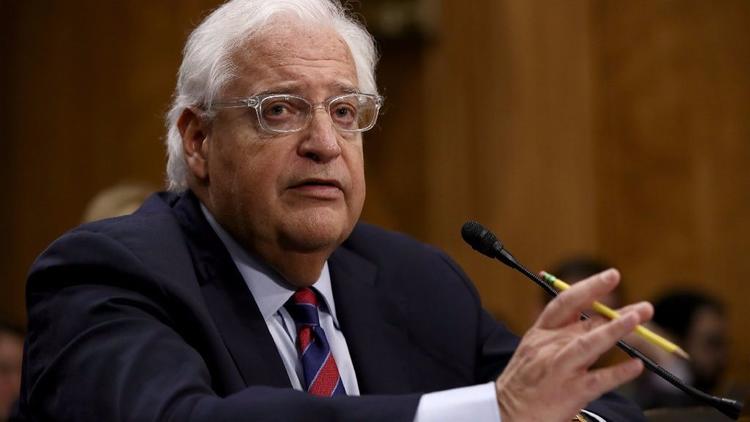 This was the second time that the State Department spokesman had come to her podium to walk back comments from the Israel envoy this month.

The State Department declined to defend David Friedman, its ambassador to Israel, on Thursday after he claimed in an interview that Israeli settlements built after 1967 are a part of the country.

“I just want to be clear that our policy has not changed​,” Nauert said. ​”I want to be crystal clear​.”​

And yet, it was the second time the State Department spokesman had come to her podium to walk back comments from the Israel envoy this month, after Friedman referred to the “alleged occupation” in a Jerusalem Post interview on September 1, confusing many as to whether US policy had shifted.

“We have some very effective leaders and representatives,” Nauert replied, before referring to Jason Greenblatt, US special representative for international negotiations, and Jared Kushner, President Donald Trump’s son-in-law tasked with leading the peace effort. She did not name Friedman.

From Washington, senior administration officials say that settlement activity is not helpful to the pursuit of peace between Israelis and Palestinians – a top priority for Trump.

Nauert said she had heard about the interview, but had not seen its full context, or spoken with the ambassador.

Friedman told Walla news that he thinks “the settlements are part of Israel,” according a preview released on Thursday morning.

“I think that was always the expectation when resolution 242 was adopted in 1967,” Friedman said. “The idea was that Israel would be entitled to secure borders. The existing borders, the 1967 borders, were viewed by everybody as not secure, so Israel would retain a meaningful portion of the West Bank, and it would return that which it didn’t need for peace and security.”

“So there was always supposed to be some notion of expansion into the West Bank, but not necessarily expansion into the entire West Bank,” he continued. “And I think that’s exactly what, you know, Israel has done. I mean, they’re only occupying 2% of the West Bank. There is important nationalistic, historical [and] religious significance to those settlements, and I think the settlers view themselves as Israelis and Israel views the settlers as Israelis.”