Sanctions to be lifted on Iranian Supreme Leader’s hidden financial empire as part of nuclear deal; experts warn of the implications. 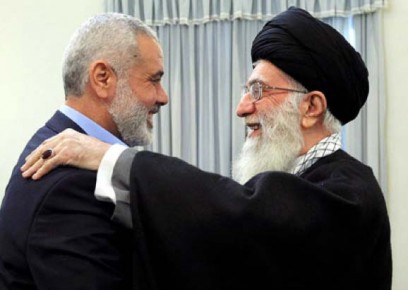 Analysts have revealed that the US is preparing to lift sanctions on Iranian Supreme Leader Ayatollah Ali Khamenei’s secret network of organizations worth over $95 billion as part of the Iran nuclear deal.

Khamenei – who just this Sunday tweeted an image of US President Barack Obama shooting himself in the head and who has admitted the negotiations were just a ploy to deceive the West – will have the money pump back into his personal financial empire, reports the Washington Free Beacon on Tuesday.

The renewed funds to the network of businesses and organizations, known as the Headquarters for the Execution of Imam Khomeini’s Order or EIKO, will go straight to Khamenei’s pocket.

Sanctions relief to EIKO will “pump tens of billions of dollars into the supreme leader’s personal coffers, helping him secure his grip on the Iranian people, and bolstering Iran’s ability to promote its agenda abroad,” according to a new analysis by the Foundation for Defense of Democracies cited in the report.

“Of all the sanctions to be lifted in last week’s Iran nuclear agreement, few are more significant” than those benefiting EIKO according to the analysts.

EIKO was created by Khamenei’s predecessor, Ayatollah Ruhollah Khomeini, in 1989.

Since then, the analysis said it “has grown into a vast business conglomerate – everything from agriculture to leisure resorts, parking lots and residential complexes – but one that remains unknown to many Iran watchers and even most Iranians.”

The US Treasury Department in June 2013 sanctioned EIKO and 37 affiliated subsidiaries due to their efforts “to generate and control massive, off-the-books investments, shielded from the view of the Iranian people and international regulators.”

But the sanctions on “all the companies controlled by the supreme leader” are to be lifted as part of the deal, which it was revealed has Iran inspect its own covert nuclear facilities according to classified sections of the agreement.

Obama has admitted that the sanctions windfall for Iran – the leading state sponsor of terror – will allow it to pump billions of dollars into financing terrorism.

EIKO can get centrifuge machinery

Two analysts at the Foundation for Defense of Democracies, Emanuele Ottolenghi and Saeed Ghasseminejad, warned about the impact the sanctions relief on EIKO is likely to have vis-a-vis Iran’s aggressive stance in the Middle East.

“As long as the supreme leader uses shadowy, off-the-book financial assets to exert political influence, the risk that EIKO poses to the international financial system will remain undiminished,” wrote the experts.

Of particular import, they noted that EIKO “has assets in Europe, including a German factory with advanced dual-use machinery that Iran needs for the indigenous production of centrifuges.”

“The lifting of US sanctions against EIKO and its subsidiaries further means that the supreme leader’s foundations may invest in European securities, among others, and benefit from normal commercial relations with foreign companies wishing to invest in Iran from around the world,” wrote the analysts.